Rebellion Racing ready to tackle the 6 Hours of Spa 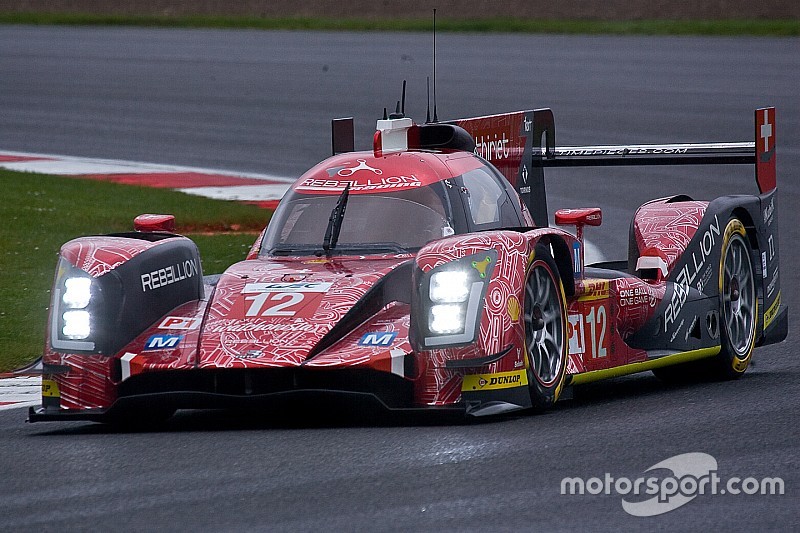 Coming off a very strong showing in the 2016 FIA World Endurance Championship opening round, Rebellion Racing is confident for the 6 Hours of Spa-Francorchamps race on May 7th.

The team kicked off the 2016 FIA WEC racing season very well at the 6 Hours of Silverstone, finishing third and fourth overall, and taking the top two positions in the LMP1 Privateer class. Rebellion’s No. 13 car, driven by Alexandre Imperatori, Dominik Kraihamer and Matheo Tuscher, came in a strong third overall, closely followed by the sister car, No. 12, driven by Nicolas Prost, Nick Heidfeld and Nelson Piquet Jr.

The atmosphere is always special in the Ardennes for the 6 Hours of Spa-Francorchamps, it’s a legengary and challenging circuit, one of the drivers’ favourites in the championship. The second round of the FIA World Endurance Championship is the regular dress rehearsal for Le Mans 24 Hours.

The driver trio of the #13 Rebellion R-One AER car, Alexandre Imperatori (CH), Dominik Kraihamer (A) and Mathéo Tuscher (CH) aim to extend their leading position in the LMP1 Privateer Championship by securing a second win of the season. A win for the sister car #12 from Nick Heidfeld (GER), Nicolas Prost (FRA) and Nelson Piquet Jr (BRA) will be their target too as they want to move up one spot on the podium after their second place finish at Silverstone.

The 6 hours Spa race will start at 14h30 local time on Saturday May 7th.

Nick Heidfeld - Rebellion R-One AER #12: "I look forward very much to Spa for various reasons. Firstly, it is a circuit that suits prototypes a lot and it will be interesting to see how much we have improved the R1 since we first used the car there 2 years ago.
Secondly, it seems like we have a more competitive in-team fight with car 13 on for this season, which I highly welcome since we still don’t have enough competitors in our class.
Unusually, also the weather forecast is great which will hopefully attract a lot of spectators to attend such an iconic venue in a beautiful setting."

Nicolas Prost - Rebellion R-One AER #12: "Spa is one of my favourite tracks. Silverstone was a good start to the season, the car was reliable and we reached the top 5 overall and second place in LMP1 Privateer. I hope we will have a good race on Saturday with an even better result. With car #12 we won here in 2012, 2013 and 2014 and we didn’t race in 2015, so it would be great to add one more win at Spa !"

Alexandre Imperatori - Rebellion R-One AER #13: "Spa is clearly a highlight of the season and is always an amazing challenge for all drivers. I'm excited to go back there, the first time with Rebellion, and see what our car can do at this special race track. The target this week-end will be to build on the momentum from Silverstone and have a solid race weekend with both cars. Particularly as it will be the last opportunity to verify the state of our preparation ahead of the 24H of Le Mans, including some new bits and pieces that will go on the car for the first time. We are confident we have a steady package."

Dominik Kraihamer - Rebellion R-One AER #13: "I’m super excited to get to race at Spa again after only having driven there 2 years ago for the last time. It’s one of my top 3 favorite tracks, a very demanding and strategic circuit. The race at Silverstone was a very good one for us in car #13 and we want to carry that motivation and success into this upcoming race. We’ll have to do all of our planned programs in the free practice sessions without any mistakes to get as much accurate data as possible in order to be well prepared for Saturday’s race. Can’t wait to get down to Eau Rouge full speed, it’s always on the edge of „hop or drop“ there !"

Mathéo Tuscher - Rebellion R-One AER #13: "I’m very looking forward to drive in Spa-Francorchamps this week-end. It is my favorite circuit and I’ve never driven with a car that fast there. Many things to learn again for me, we had some good performances in Silverstone and we have to continue on like this. The team is working very hard to get us a reliable and fast car and they’re doing a super job! After the result in Silverstone we can’t really hope for a better result. Being on the general podium again would be absolutely amazing. We’ll work hard and push to be at the front of our category. Hopefully we will be lucky compared to the factory cars and we could reach the top 6 !"

Bart Hayden – Rebellion Racing Team Manager: "Two years ago the Rebellion R-One had its debut at Spa, so it’s nice to be going back there with a better knowledge of the car. We will be hoping to build upon Silverstone’s great results and will be using the Spa event to test a few items ahead of going to Le Mans. The forecast is set for good weather and Spa is a magical place, so the atmosphere should be good for a classic endurance race."