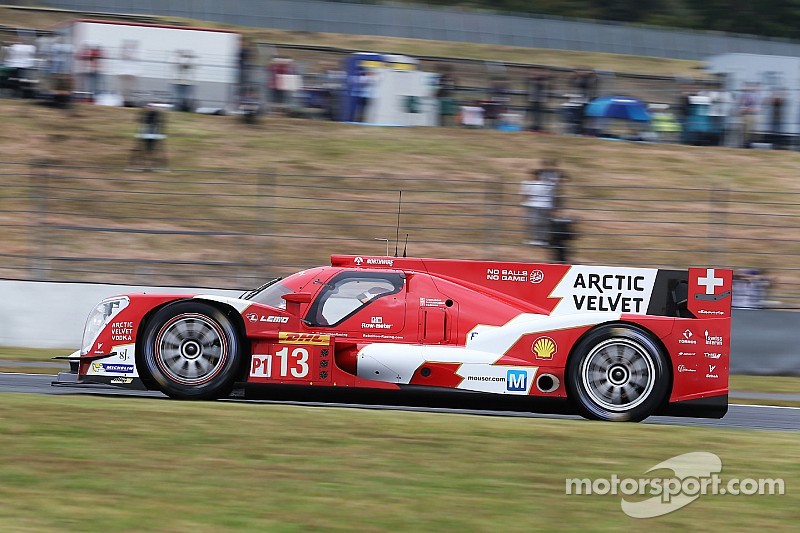 The Rebellion Racing team has arrived in Asia for the sixth race of the 2014 FIA World Endurance Championship, the 6 Hours of Shanghai on Sunday.

For the third consecutive year, the race will take place at the Shanghai International Circuit.

Following their first LMP1-L win of the season secured at the 6 Hours of Fuji, Andrea Belicchi, Dominik Kraihamer and Fabio Leimer with their Rebellion R-One Toyota #13 will be aiming for a second consecutive win.

At the same time, the #12 Rebellion R-One Toyota drivers, Nick Heidfeld, Nicolas Prost and Mathias Beche, will try to score their fifth LMP1-L win of the season.

In the LMP1-L Drivers classification Nick Heidfeld, Nicolas Prost and Mathias Beche can't be beaten for the Championship win, Andrea Belicchi, Dominik Kraihamer and Fabio Leimer will try to increase their lead over the other drivers to secure their second place, with now only three races to go.

Looking for another LMP1-L victory

At the 2014 FIA WEC 6 Hours of Shanghai, Rebellion Racing will be targeting another win in the LMP1-L category, a similar result to all the previous FIA WEC rounds this season, five wins in five races.

Said Bart Hayden, Rebellion team manager: "We are coming to the 6 Hours of Shanghai with no pressure, but still strongly determined to achieve the best results in China in order to keep our supremacy in the LMP1-L class, to continue the development of the R-One cars and to show with our results that our first year of this new car project is progressing well.

"For the fans and for the sake of competition, we hope that our main competitor in the LMP1-L class, CLM, will be able to rebuild their car in time after the fire that caused significant damage in the previous race. We wish them well with the rebuilding of their car and hope to have a good race with them on Sunday. "