Rebellion down to single car for rest of 2016 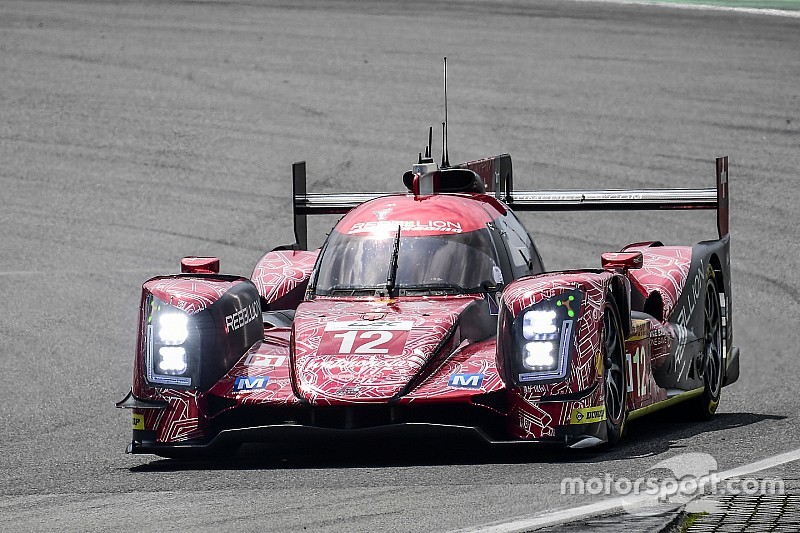 World Endurance Championship's privateer LMP1 team Rebellion Racing will scale down to just one entry from the 6 Hours of Mexico onwards, in order to focus on preparations for 2017.

The Swiss team has fielded two R-One cars in the non-hybrid privateer LMP1 class for the four rounds of the WEC season so far, but will now withdraw the #12 entry.

The sister #13 crew, comprised of Dominik Kraihamer, Alexandre Imperatori and Matheo Tuscher, topped the independent category in three of the races so far, but it is the #12 car that heads the private LMP1 teams' standings, having finished ahead in the Le Mans 24 Hours.

Nicolas Prost and Nick Heidfeld were in the #12 R-One for the entirety of the season so far, partnered by Nelson Piquet Jr in the first three rounds and Mathias Beche at the Nurburgring.

"The level of competition in LMP1 is being taken to ever greater heights by the manufacturer entrants, so to improve our own competitiveness in the category, we feel the need to invest more time and resources into updating the Rebellion R-One cars ready for the 2017 season," said team boss Bart Hayden.

"As a small private team with limited resources, we have decided to focus on racing one car rather than two in the remaining FIA WEC events and this will allow us to put more effort into updating the cars for 2017.

"Earlier this year at Le Mans, the FIA and the ACO announced some changes to the regulations for privateer LMP1 cars for 2017 and we need to take those changes and make them into reality to put us in a more competitive position going forward."

The withdrawal of the #12 entry means the LMP1 privateer class is set to feature two cars in Mexico, the #13 Rebellion, running an unchanged driver line-up, joined by the #4 ByKolles entry.

Hayden continued: "We have decided to continue racing with the Rebellion R-One number 13 as that car is closer in the LMP1 Privateer Teams championship points standings to our rivals at ByKolles and it makes the fight for the championship a bigger challenge.”

Inside WEC: How Porsche defeated Audi at the Nurburgring