Project 1 in race against time after Sebring fire 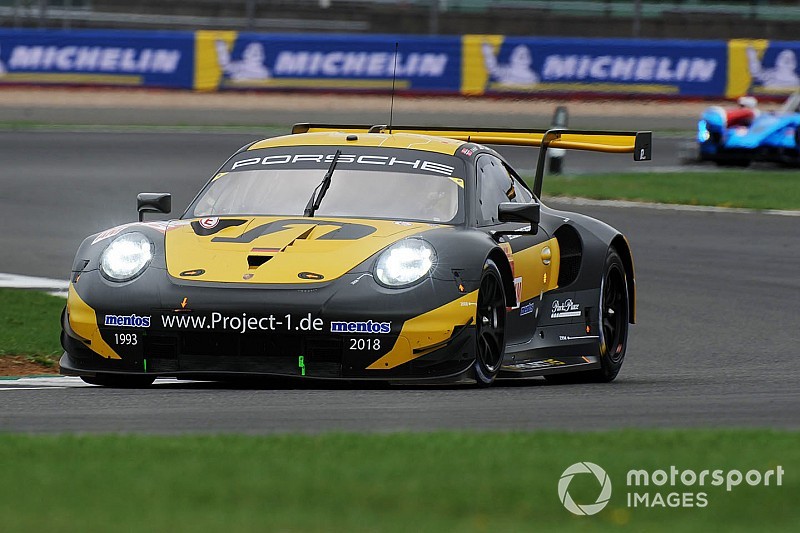 The Project 1 GTE Am team is facing a race against time to be ready for this week's Sebring 1000 Miles FIA World Endurance Championship round after a dramatic testing fire.

The German outfit's Porsche 911 RSR was severely damaged by the fire during the second day of pre-event testing at the Florida airfield venue on Sunday morning.

Jorg Bergmeister, who was at the wheel of the points-leading GTE Am machine at the time the fire struck, was able to escape the blaze unscathed.

The car however is badly damaged and can't be repaired in time for the race weekend, which starts on Wednesday. It is currently unclear whether the team has to write off the car completely.

The reason for the fire has not been clarified yet, with Porsche set to conduct a throrough investigation into what went wrong in Germany.

Project 1 is now trying to fly in a second 911 RSR to Sebring. The car was intended to take part in the European Le Mans Series.

The team has to overcome several bureaucratic obstacles to get the car to Sebring International Raceway in time with help from DHL, the WEC's official logistics partner.

A final decision is expected on Wednesday morning ahead of the opening practice session.

They inherited the lead of the championship when the Dempsey-Proton Porsche squad was stripped of its points ahead of the most recent WEC event in China.