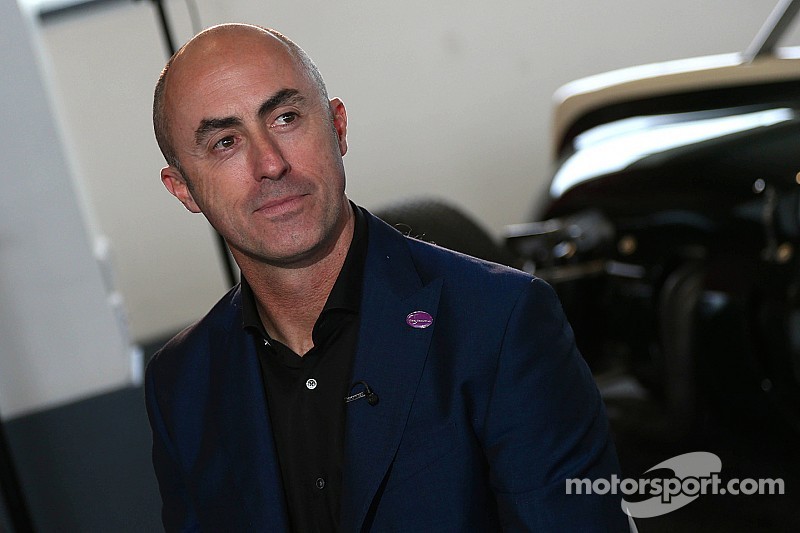 David Brabham to sell and sign shirts at Autosport International

Project Brabham will kick off the new year with the launch of the official Project Brabham T-shirt at Autosport International, 8-11 January at Birmingham’s NEC. Brabham Racing Team Principal, David Brabham will be in attendance throughout Project Brabham’s first trade and public showcase, offering supporters the perfect opportunity to be the first to own the shirt and also get it signed by David.

“After launching Project Brabham we had a lot of feedback from the community about introducing a Project Brabham T-shirt as they wanted to wear it in support of our team,” explained David. “Autosport International is the perfect place to launch the ‘Inspiring wins through pioneering thinking’ Tee, allowing our supporters and wider show fans to snap one up early. We are really looking forward to meeting our Brabham community and introducing new members at Europe's biggest motorsport show. See you there.”

The tastefully designed black, 100 percent cotton T-shirt will be available from stand 7210 in Hall 7 in a wide range of sizes including small, medium, large, extra-large and double extra-large. Priced at £20, the Project Brabham Tee will also be available online after the show by visiting www.brabham.co.uk and clicking on Store.

David will be appearing daily on the Autosport Central Stage and the F1 Racing Grid on Saturday and Sunday, where the sportscar legend will talk about his vision for the return of the iconic Brabham Racing team and share his ideas for a sustainable future in motorsport.

Visitors to stand 7210 can learn more about David’s new model for open source motorsport as Brabham Racing strives to return via the FIA World Endurance Championship. Members of the core Brabham Racing team will be available to chat and visitors will be offered the chance to join the 3,000 strong crowdfunding community that has helped Project Brabham become one of the largest successfully-funded sports campaigns on any English speaking platform.

The first of its kind in the sport, Brabham-Digital, a three part knowledge sharing and e-learning platform encompassing Brabham-Fan, Brabham-Driver and Brabham-Engineer will provide unrivalled behind-the-scenes access, immersing members in the highs and lows of returning the team to world-class status.

Through these unique web applications, fans, drivers and engineers will be given the opportunity to be an integral part of Brabham Racing’s return, and show visitors will be able to subscribe online directly from the stand.

Thanks to its crowdfunding success the Project Brabham Indiegogo page remains open under the Forever Funding pilot, allowing supporters to pre-purchase an annual membership to any of the three Brabham-Digital online experiences. Join the new Brabham Racing journey and become part of the team by visiting www.brabham.co.uk and clicking on the Indiegogo homepage link.

WEC now the championship of choice for manufacturers, not F1