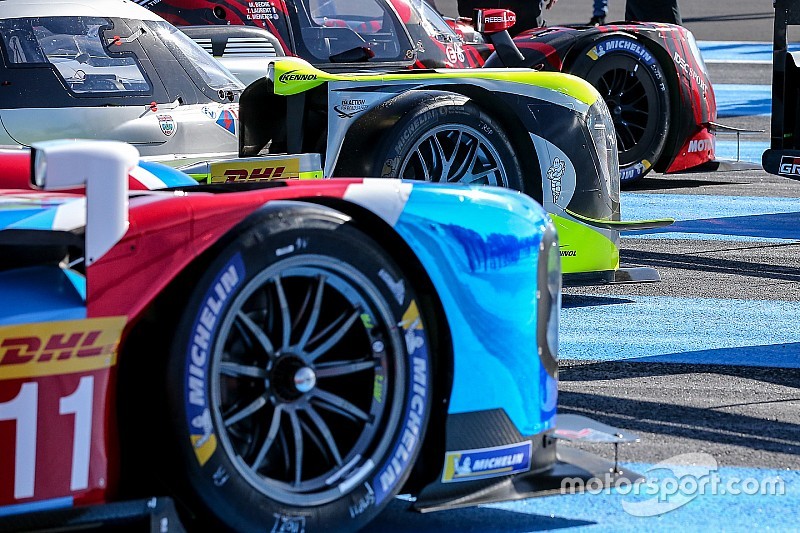 Non-hybrid LMP1 cars have received a double performance hit for the opening round of the FIA World Endurance Championship at Spa next month.

The privateer Ginetta, Rebellion, BR Engineering and ByKolles LMP1s will be allowed less fuel per kilometre than at the WEC Prologue test at Paul Ricard last month.

The Equivalence of Technology published for the Spa WEC round on May 5 has also reduced the amount of fuel that the privateers can use over a stint in the race.

The maximum petrol energy, measured in megajoules per lap, has been increased for the Toyota TS050 Hybrid in line with the longer circuit distance at Spa, rising from 58.9 to 71.3MJ.

But the percentage increase for the privateers is much smaller, going from 99.5 to 106.4MJ per lap rather than the 120MJ that would have resulted from a proportional increase based on circuit length.

The revised EoT will not change the peak power of the non-hybrid P1s because the fuel flow figure for the privateers remains unchanged at 110kg per hour.

It does, however, raise the prospect of privateer drivers having to lift and coast on the straights in the same way as the Toyota drivers.

The maximum fuel allowed per stint for the privateers has been reduced from 54 to 47.1kg, whereas the 35.1kg figure for the Toyota is unchanged.

Toyota has been promised a fuel-mileage advantage equivalent to one lap of Le Mans, which equates to two around Spa.

The changes have been made on the basis of data collected by the rule makers, the Automobile Club de l'Ouest and the FIA, at the Prologue.

Toyota's fastest time was more than four seconds quicker than the best of the privateers, but it subsequently admitted that it was running outside of the published EoT in order to put greater stress on a new cooling system.

Its best times after it reverted to running in accordance with the EoT were slower than the quickest laps set by the Rebellion-Gibson R-13, the two AER-powered BR1s and the ENSO CLM-Nissan P1/01.

Despite this, SMP Racing's Mikhail Aleshin described the advantage held by the TS050 Hybrids over the privateers at the Prologue as being akin to a Formula 1 team using a V12 twin-turbo engine.