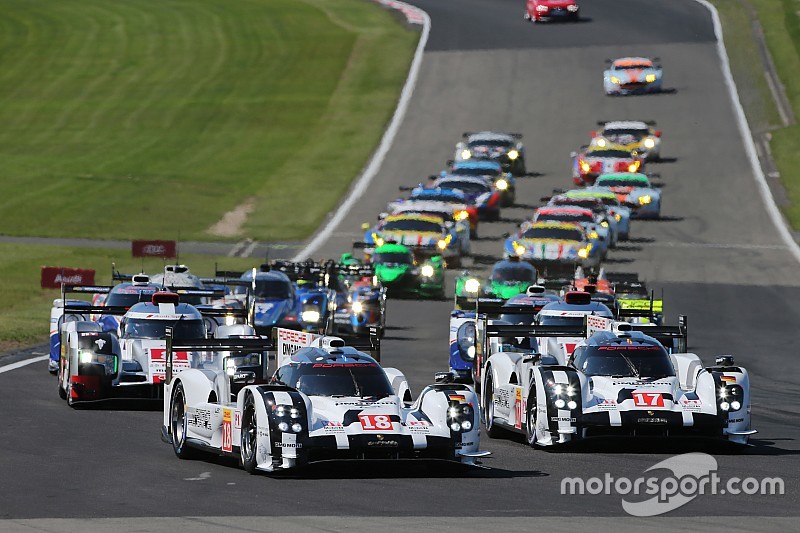 Stuttgart – Large Porsche contingent in the USA: Just three weeks after the two Porsche 919 Hybrids and 911 RSR (GTE-Pro class) scored double victories at the Nürburgring, the FIA World Endurance Championship (WEC) now heads into the second half of the season on 19 September with round five of eight at Austin (Texas). Before the six-hour race takes off on Saturday at 17.00 hours local time and continues into the night, first on the programme is the penultimate round of the Tudor United SportsCar Championship TUSC, which starts in the heat of the day at 11.35 hours.

The 5.513-kilometre Circuit of the Americas on the periphery of the Austin city limits features a spectacular layout with many corners linking, rapidly changing gradients, and fast passages. Motorsport fans can look forward to some top-end endurance racing in the Texas capital at the Colorado River. A total of twelve factory drivers contest the WEC and the TUSC for the Porsche team (919 Hybrid, LMP1), the Porsche Team Manthey (911 RSR, GTE-Pro) and Porsche North America (911 RSR, GTLM).

In the 31-strong WEC field at Austin, Porsche campaigns a pair of 919 Hybrids in the top LMP1 category (Le Mans Prototype class); the trio of Timo Bernhard (DE), Brendon Hartley (NZ) and Mark Webber (AUS) crews the #17 vehicle, with Romain Dumas (FR), Neel Jani (CH) and Marc Lieb (DE) sharing driving duties in the number 18 car. The 919 serves as a racing research lab for future sports car technologies and is powered by a downsizing two-litre V4-cylinder turbocharged engine and an electric motor which is fed by two energy recovery systems (brake energy from the front axle and exhaust energy). Combined, the groundbreaking and unique power-train concept for WEC develops a system performance of around 1,000 hp. After clinching one-two at both the Le Mans 24 Hours and at the six-hour race on the Nürburgring, Porsche tackles the second half of the season as the leader of the manufacturers’ classification.

Fritz Enzinger, Vice President LMP1: “The upcoming races at Austin, Fuji, Shanghai and Bahrain are decisive for the title. Porsche has set its sights on the manufacturers’ crown, but the decision in the drivers’ championship will be just as exciting. With only 17 and 19 points separating us from the currently-leading Audi trio, both of our driver crews are within striking distance. Last year’s race on the COTA proved extremely tough for us. We hope that we’re now in a position to fight for victory there, but we’re not expecting the dominance we saw at the Nürburgring.”

Michael Christensen (Denmark) and Richard Lietz (Austria), the winners of the Nürburgring round, share driving duties in the number 91 Porsche 911 RSR in the GTE-Pro class, with their French teammates Frédéric Makowiecki and Patrick Pilet manning the nine-eleven with the starting number 92 in the same class. Richard Lietz leads the World Endurance Cup for GT Drivers. Two customer teams take on the GTE-Am class running the 911 RSR: Dempsey Proton Racing with the American actor and race driver Patrick Dempsey as well as Patrick Long (USA) and Marco Seefried (DE), and Abu Dhabi Proton Racing with Christian Ried (DE) and Khaled Al Qubaisi (UAE) as well as New Zealander Earl Bamber, who recently supported the squad at the Nürburgring.

In addition to the WEC, he also contests the TUSC for Porsche North America sharing the cockpit of the number 912 Porsche 911 RSR with Jörg Bergmeister (DE). Patrick Pilet also tackles both races. In the second 911 RSR run by Porsche North America (#911), the points’ leader of the GTLM drivers’ classification joins forces with Britain’s Nick Tandy, who clinched overall victory at Le Mans with Bamber. Pilet and Tandy have won the last three races in Bowmanville, Road America and Danville. Wolf Henzler (Germany) and Bryan Sellers (USA), the winners of the six-hour classic at Watkins Glen, again take up the challenge for the Falken Tire customer team. After scoring four wins in a row, Porsche leads all classifications in the GTLM class.

Dr. Frank-Steffen Walliser, Head of Porsche Motorsport: “Porsche brings a large works contingent to Austin again this year. It’s a tremendous event with all three factory teams competing. This is perfect for us, because we’re all at the track together and it’ll be great for the many Porsche fans – they’re in for a real treat. Austin is a fantastic, very demanding circuit and therefore poses a real challenge for our drivers and teams. After a total of five straight wins in the Tudor United SportsCar Championship and the WEC we are well prepared and keen to once again give the best possible performance with our 911 RSR.”

The Porsche 911 RSR, which is campaigned in both the WEC and the Tudor United SportsCar Championship featuring different aerodynamic configurations, is based on the seventh generation of the iconic 911 sports car and crowned its maiden 2013 season with a double GTE-Pro class victory at the Le Mans 24 Hours. The winning racer from Weissach, mounted with a 3,996 cc flat-six engine in the rear developing 345 kW (470 hp), is characterised by a consequent lightweight design and sophisticated aerodynamics. The insights gained during the vehicle’s development and at race outings are directly incorporated into the design of future 911 generations. Last year the 911 RSR won three of America’s most prestigious long distance classics, the Daytona 24 Hours, the 12 Hours of Sebring and Petit Le Mans.

The six-hour WEC race on the Circuit of the Americas takes off on Saturday, 19 September, at 17.00 hours local time (Sunday 00.00 hrs CEST). Eurosport broadcasts the entire race and the podium ceremony live. The Tudor United SportsCar Championship event gets underway on Saturday at 11.35 hours local time (18.35 CEST) and runs over 2:40 hours.