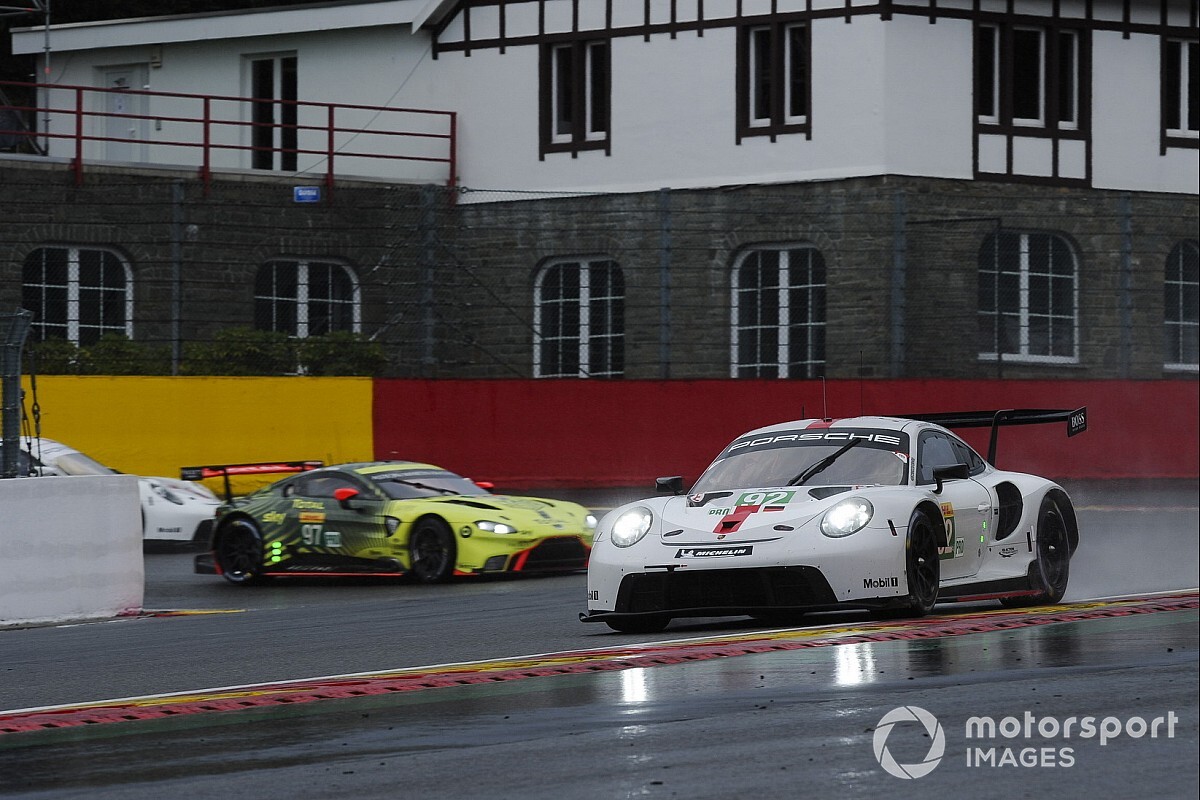 Reigning WEC GTE Pro champions Estre and Michael Christensen took their first victory of the 2019/20 season on Saturday after coming out on top in a race-long battle with the two Aston Martin Vantage GTEs in challenging conditions.

It marked the brand's first triumph in the WEC since the season-opener in Silverstone last September, also denying Aston a hat-trick of wins.

A safety car period following Thomas Laurent's huge Blanchimont crash with a little over an hour to go prompted all bar one of the GTE Pro runners to pit, and making fuel-saving in the closing stages imperative.

The #97 Vantage GTE of Maxime Martin and Alex Lynn had taken the initiative by not stopping, but finally had to make a splash for fuel with a few minutes to go, dropping them to third behind Estre and Christensen's Porsche and the points-leading #97 Aston.

"We knew we had to take the fuel under the safety car and try to make it to the end," said Estre. "This was the strategy and it was big fuel-saving from the beginning [of the stint], the engineers were calculating in the background if it would be ok.

"I was confident because they weren’t telling me every second lap to save more, we were on a good level from the beginning, but it was hard to manage the pace and the Astons were very fast at the end.

"They were in the same position for us, but it was tough mentally to be fast, not to use too much fuel and finally get this victory which we’ve been aiming for for a while and which we deserve, really." 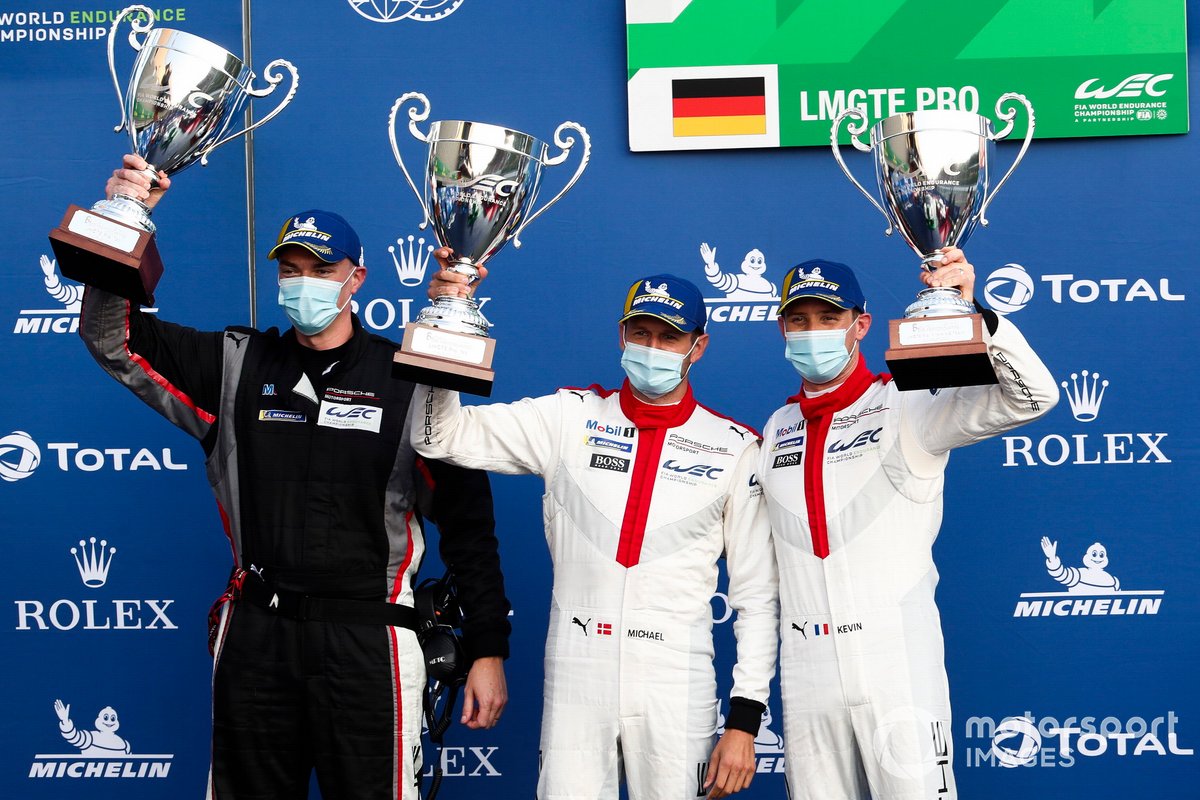 While Estre took the start and the finish of the race, Christensen handled the middle portion, taking over the #92 car just before the downpour that triggered the second safety car period towards the end of the second hour.

The Dane said the 911 RSR-19's speed once the track had tried out was crucial to coming away with his and Estre's first win in the WEC since the 2018 Fuji race.

"It was difficult to choose a strategy," reflected Christensen. "We saw rain at the start but also we saw holes in the weather, so [we knew] it should dry out, but also we saw more rain coming.

"We started on the wet tyres and Kevin did as long as possible in the wet, changing on to slicks at a really good point. Then I jumped in the car when it started raining again.

"It was a bit tough because most of the other drivers stayed in so I had to jump into a field which was already experienced with the weather.

"But we managed to pull through and in the end we had really good pace in the dry and we could take victory."

The sister #91 Porsche of Gianmaria Bruni and Richard Lietz, who gave the 911 RSR-19 a debut win last year at Silverstone, struggled to a distant fifth-place finish at Spa.

Any hopes of challenging for the podium were undone by a poorly-timed transition from wets to slicks, dropping the pair to the rear of the field from where they couldn't recover.

"We lost a lot of time because we drove too long on wet tyres at the wrong moment," admitted Bruni. "We took a gamble and tried to make up for it later. When the sun finally came out, we were the first ones back on the track with slicks.

"In the first laps I slid wildly and lost a lot of time. Once the grip improved, our train had already left the station.” 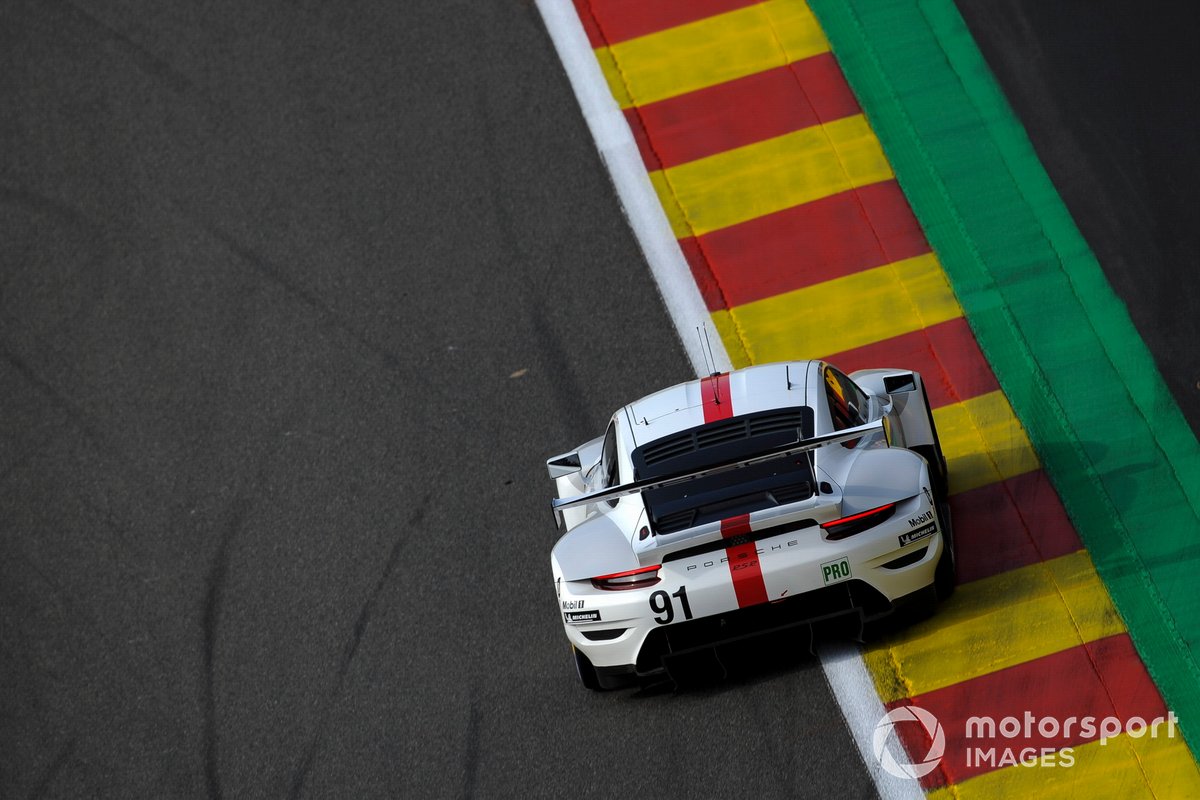