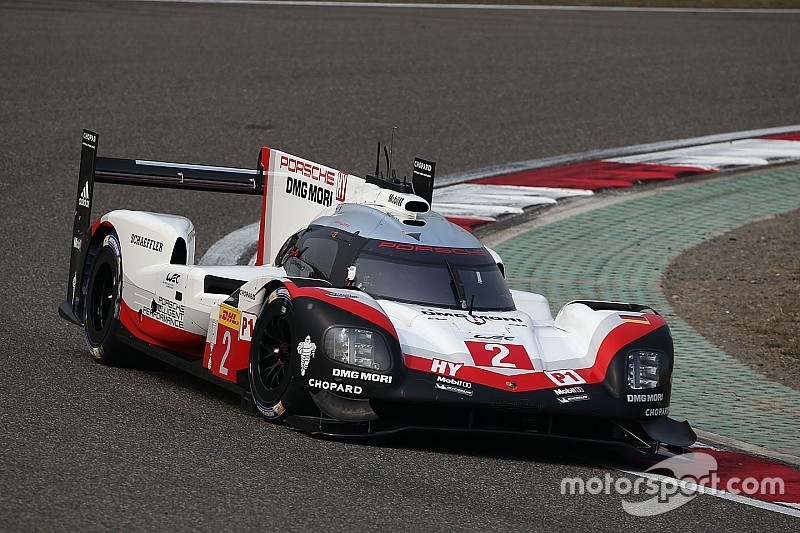 Porsche LMP1 team boss Andreas Seidl says his squad will not take a conservative approach in this weekend’s WEC 6 Hours of Shanghai, despite it being on the cusp of securing both titles.

Thanks to a double-points victory in the Le Mans 24 Hours and a subsequent hat-trick of wins at the Nurburgring, Mexico City and Austin, Porsche trio Timo Bernhard, Earl Bamber and Brendon Hartley hold a comfortable 39-point lead at the head of the drivers’ standings.

With only 51 points still up for grabs in Shanghai and the Bahrain season finale, it means the #2 Porsche only needs to come third in China to wrap up the drivers’ title with a round to spare.

Porsche, which leads sole LMP1 rival Toyota by 58.5 points, can also claim the manufacturers’ title this weekend if at least one of its two 919 Hybrids finishes second or higher.

“First we try to go to the front with two cars, then we have to see,” said Seidl when asked whether the race would be a case of following the Toyotas home.

"For the manufacturers we need to beat at least one Toyota, and there’s no way to be conservative, we have to attack from the beginning.

“You don’t know what happens [with] penalties, issues, pitstops… no time to go conservative.”

Asked whether the priority was the drivers’ or the manufacturers’ crown, Seidl joked: “Ideally, both! I would love to go to Bahrain without this pressure, like the last two years.

“But the main thing is to get the cars through. We still have a solid points lead, we will not try anything stupid.”

Seidl also said splitting strategies between the two Porsches wouldn’t make sense, as any mechanical problems or on-track incidents could cost it the chance to wrap up the titles early.

“The focus is to go for optimum race time with both cars at the beginning, because you don’t know which car ends up at the front in the end,” he said.

“If one car drops out you need the other car to win. So we try to go for the victory with both cars, and we have to see how the race pans out.”

A spin from Bamber in qualifying means the #2 car will start the Shanghai race fourth on the grid, while the sister #1 car splits the two Toyotas in second.