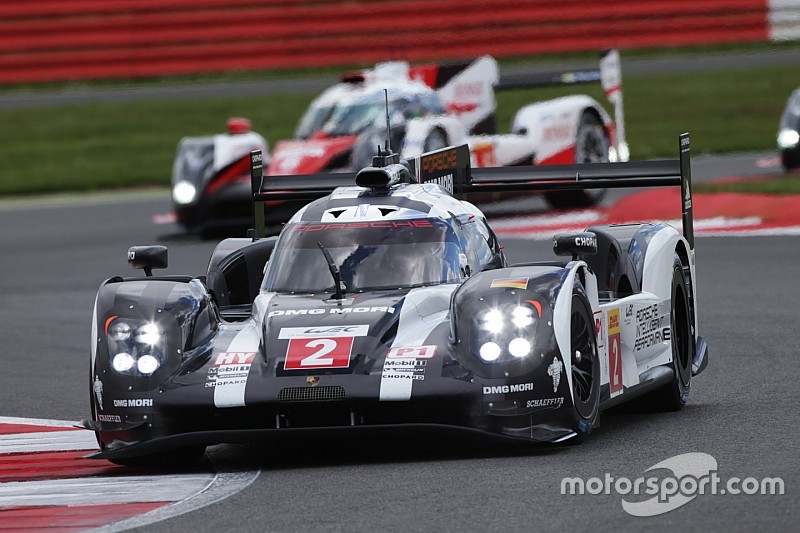 Porsche's Neel Jani said that traffic woes contributed significantly to the #2 car not taking the chequered flag first in the 6 Hours of Silverstone.

The #2 crew of Jani, Marc Lieb and Romain Dumas was promoted to second after the crash of Brendon Hartley and the #8 Audi's mechanical failure - and would run the leading Audi #7 close before a puncture seemingly ruined the trio's chance for the victory.

And albeit he would later inherit the win after Audi's post-race exclusion, Jani said that struggles in traffic played a part to the #2 being unable to take the fight to the #7 on-track.

"I think it would have been a hard fight in the end but the traffic was just so frustrating sometimes," Jani said.

"You were closing the gap or making it bigger depending on if you were in front or behind - but then in just one lap we lost again six or seven seconds."

The #2 crew's problems in clearing slower competitors were punctuated by Romain Dumas being spun round after contact with a Ford GT.

Jani added: "Somehow the Audi never had this issue in traffic that we suffered and it seemed like that was also race-deciding."

Work to be done before Spa

The 2016 FIA WEC season will resume in less than a month's time at Spa-Francorchamps, which will be the last test before the 24 Hours of Le Mans race.

Jani, who is spending his third year with Porsche, expects improvements to be made against both Audi and the sister car within the team.

"For sure we will have to think about something, we also have to look what car #1, our sister car, had as it seemed to have the edge over us in terms of pace, especially in slow corners.

"We know where we can improve and we'll come and try to bounce back at Spa."

Nissan kicks off FIA WEC and ELMS campaigns at Silverstone