Porsche has unofficially smashed the late Stefan Bellof's outright lap record for the Nurburgring-Nordschleife with its 919 Hybrid Evo.

Bernhard, who is a lifelong Bellof fan, bettered that mark with a succession of laps in the uprated version of Porsche's 2017 LMP1 challenger this morning, ending up on a 5m19.546s.

Watch the onboard lap...

That followed laps by Bernhard of 5m31.899s and 5m24.375s aboard a machine that has already lapped quicker at Spa-Francorchamps than Lewis Hamilton's pole time for the 2017 Belgian Grand Prix.

The 919 Evo has more power, both from its conventional V4 turbo engine and its energy retrieval systems, giving it a peak output of 1160bhp.

It also has 50 percent more downforce and active aerodynamics, including Formula 1-style Drag Reduction System incorporated into its rear wing.

Bellof's pole time around the 'Ring in a Rothmans Porsche 956 Group C car and his subsequent all-time race record of 6m16.85s were never beaten in competition conditions.

The classic 12.94-mile Nordschleife lap was created for 1983 after the demolition of the old pits and start-finish loop in readiness for the construction of the current Nurburgring Grand Prix circuit.

The Nordschleife on its own was used for racing for only a couple of major international events in 1983, the Group C fixture in May and the round of the European F2 Championship the previous month. 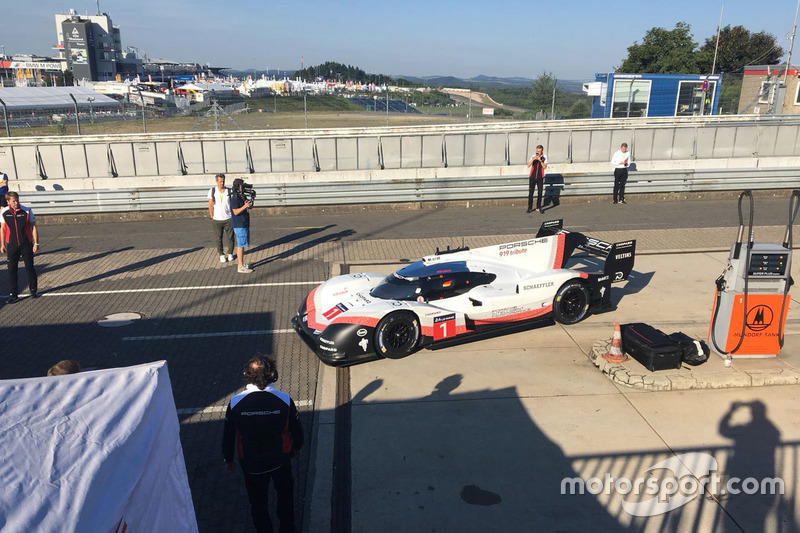 Aston Martin likely to slim down WEC line-up for Fuji