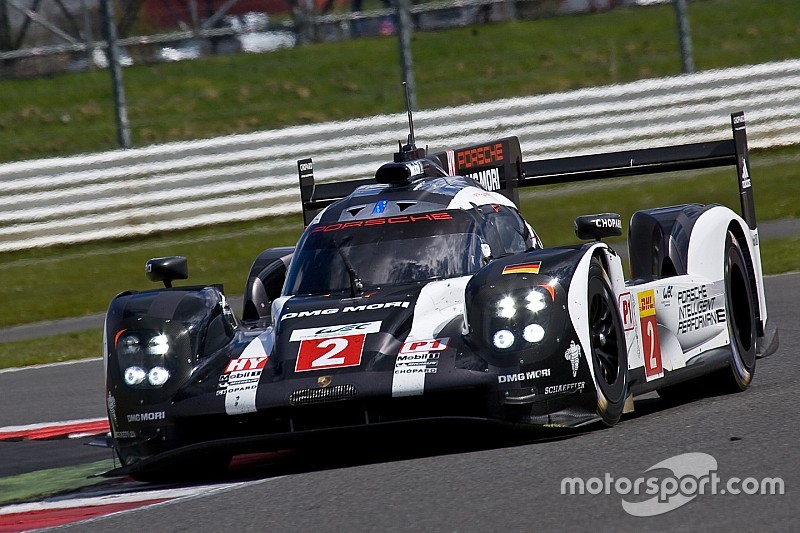 The six-hour race at the Spa-Francorchamps circuit counts as the dress rehearsal for the Le Mans 24 Hours (June 18/19).

Stuttgart – Drivers love her corners, fans enjoy the atmosphere, engineers become desperate about the layout: At the Spa-Francorchamps circuit the 2016 FIA World Endurance Championship (WEC) holds its second of nine rounds on May 7. The six-hour race on the breath-taking track in the Ardennes mountains counts as the dress rehearsal for the Le Mans 24 Hours (June 18/19). This is due to the Belgian circuit’s long full throttle sections, which are approached with low downforce. The aerodynamic configuration is key and will be a mixture between the Silverstone (high downforce) and the Le Mans specifications (minimum drag).

Brief review: At the season’s opening round in Silverstone it became clear that the class 1 Le Mans prototypes, of which the Porsche 919 Hybrid is one of them, hadn’t become any slower despite having eight per cent less fuel available per lap. The fastest race lap (Neel Jani, 1:40.303 minutes) was over half a second quicker than last year’s bench mark in the race (Audi, 1:40.836 minutes), and even nearly two seconds better than last year’s fastest race lap set by a Porsche (1:42.245 minutes).

The Porsche trio of Romain Dumas (FR), Neel Jani (CH) and Marc Lieb (DE) is currently leading the drivers’ championship and wants to defend this position, or preferably extend it. The sister car’s crew with the reigning World Champions Timo Bernhard (DE), Brendon Hartley (NZ) and Mark Webber (AU) had a solid lead of 45 seconds in Silverstone, but retired after an accident when lapping a GT car and desperately wants to catch up now.

“Both our cars were competitive enough to win the Silverstone race,” said Fritz Enzinger, Vice President LMP1, “ but both had incidents. In Spa we must have a package in place that’s just as competitive, but serving different demands. Spa may see a new balance of competition. We have to fully exploit the 919 Hybrid’s potential, finish the race with two cars and score as many points as possible.”

Team Principal Andreas Seidl pointed out: “A car’s configuration for what is an over seven kilometre long up-and-down-hill circuit is always a compromise between enough downforce for the fast corners and little drag on the long straights. At our endurance test in Aragon last week we were examining our Le Mans aero package for the first time, and will now use components of that in Spa. Regarding reliability and crew training, the 30-hour test was positive and we feel ready for round two of the championship.”

• One lap at the challenging Spa-Francorchamps circuit (nicknamed the “Ardennes roller coaster”) is 7.004 kilometres long and has significant long high-speed sections. Long uphill drives require the utmost from the hybrid power- trains. The Eau Rouge corner, sitting in its depression, is awesome in the eyes of every race driver. Because of the track length in Spa, it can be that it is dry in some parts of the lap but wet in others – just like in Le Mans.

• In the WEC the average of the respective best laps of two drivers counts for the grid position. In 2015 three Porsche 919 Hybrids qualified 1-2-3. Bernhard/Hartley took pole position with an average lap time of 1:54.767 minutes.

• In the 2015 race, Dumas/Jani/Lieb finished second. Bernhard/Hartley/Webber dropped back due to a penalty and a technical problem, and they came third. The fastest race lap went to Brendon Hartley (1:57.972 minutes).

• After one out of nine rounds, Dumas/Jani/Lieb lead the drivers’ championship standings with 25 points. Bernhard/Hartley/Webber haven’t scored yet. Having 25 points in total, Porsche ranks second in the manufacturers’ championship behind Toyota, the only manufacturer in the LMP1 category to finish the British race with two cars.

• Refuelling and changing tyres may only be made sequentially, not at the same time. Only two mechanics may work simultaneously when changing tyres. That takes a lot longer than in Formula One, for example.

• The drivers are normally only changed when new tyres are needed.

• The Porsche 919 Hybrid has a power system that produces over 900 hp. Almost 500 hp comes from the two-litre V4 turbo petrol engine, while the e-machine, fed by the two recovery systems, delivers more than 400 hp.

Timo Bernhard (35, Germany): “I have a good feeling, and this is also because we had a good test in Spa in March. It is an amazing track. Of course, the most famous corner is Eau Rouge. If you run downhill to the depression, you feel the compression and the corner builds up in front of you just like a wall. It’s pure adrenalin every lap. When it comes to driving technique, I especially like the middle sector. You’ve got to read the corners right to be able to position your car in the best position through them.”

Brendon Hartley (26, New Zealand): “'I'm very much looking forward to Spa! Firstly because I love the track, secondly because I think it should be a good one for our 919 Hybrid, and lastly because it's a chance to well and truly put the Silverstone race behind me. Car number 1 does not have any runs on the board, but I'm confident we will bounce back and get our title defence underway in Spa.”

Mark Webber (39, Australia): “We were in great shape in Silverstone, and we had the pace for victory. Spa will require a very different set-up for the car and we have to see how this goes compared to the opposition. Also, again, it will be a real mission to get the balance right in handling the traffic. Spa is definitely one of my favourite circuits, as it has so much character. The undulations around the track give you a great sensation of speed through some of the sections. It’s a long lap and you can face very challenging conditions in different sections. The weather can be tricky in the Ardennes mountains, which can develop its own micro-climate – you could leave a dry pit lane and have some showers at different parts of the track.”

Romain Dumas (38, France): “Last year we failed to win in Spa. It would be nice to make up for it this year. I remember very well how nice it is to be on the middle step of the podium in Spa, although it is now 13 years ago that Marc Lieb and I won the 24 Hours there. Now we have to focus on our own race, stay calm and make sure we don’t make any mistakes. Well that is easy to say and difficult to do.“

Neel Jani (32, Switzerland): “Our test in Spa in March was good, but we were running a different aero spec then. In Spa all three manufacturers will have a new aero with less downforce and this can create an all-new picture in terms of competition. Surprises are possible and, anyway, the field was very tight together in Silverstone.”

Marc Lieb (35, Ludwigsburg): “I can hardly count my Spa races anymore. I have had class and overall wins at the 24-hour race and other events there. In 2014 it was in Spa where we took the first pole position for the 919 Hybrid. Last year we were second on the podium. Driving in Spa is always classy. The circuit is phenomenal. To me it is the season’s second highlight, topped only by Le Mans. Also it is pretty near the German border and I’m looking forward to seeing many fans from my home country.”