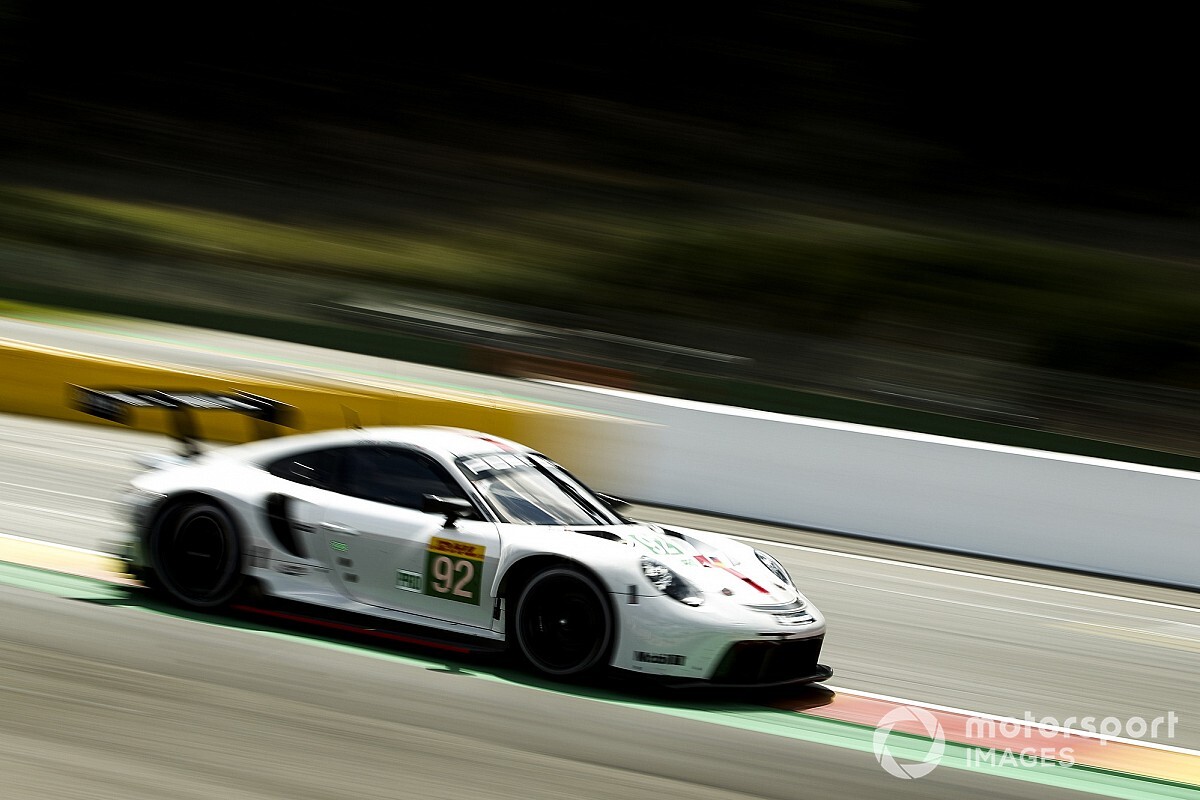 Porsche drivers Kevin Estre and Michael Christensen have been reinstated on the GTE Pro pole for Saturday's Spa round of the FIA World Endurance Championship.

The reigning class world champions lost pole position when Estre had his lap deleted for a track limits violation on his best lap at the La Source hairpin.

This decision has now been rescinded after a review of video evidence by the stewards following a report from the race director.

Because Estre only completed one flying lap after his 2m14.191s cemented pole for the #92 factory Porsche 911 RSR, he was left without a time, relegated the car to the back of the grid.

The Aston Martin Vantage GTE of Maxime Martin and Alex Lynn that had been promoted to the top of the class order has now been pushed back to second, ahead of the sister Aston shared by championship leaders Nicki Thiim and Marco Sorensen.

A deleted lap time for the second Porsche with Gianmaria Bruni was also reinstated after the same review process, but this had no bearing on the order of the GTE Pro grid.

Bruni and Lietz will start from fourth ahead of the two AF Corse Ferrari 488 GTEs.

GTE Am drivers Matteo Cairoli and Salih Yoluc, in the #56 Project 1 Porsche and the TF Sport Aston respectively, were given back deleted times, also without affecting the grid.