Porsche breaks through and wins at Interlagos 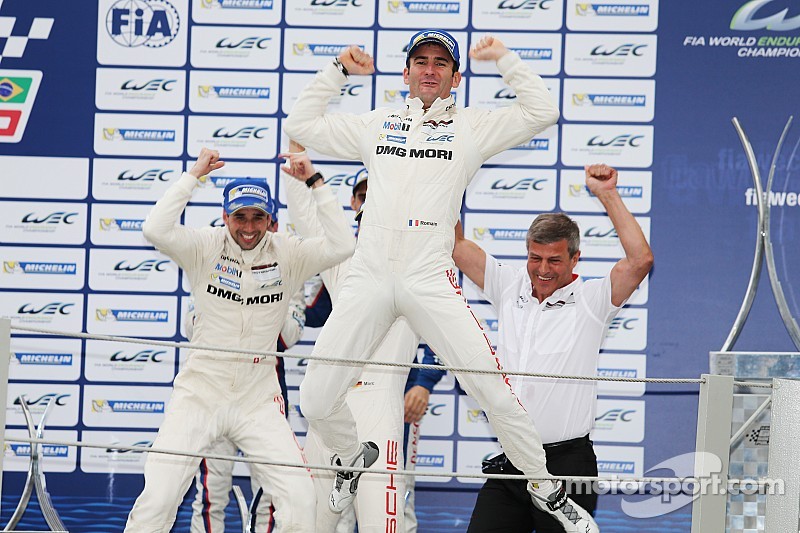 It was a bitter sweet end to the 2014 season for Porsche.

It took them an entire season, but Porsche are victors once more. The No. 14, piloted by Neel Jani, Romain Dumas, and Marc Lieb held off a charge from the No. 8 Toyota and had further assistance from a 25 minute safety car that ended the race under yellow flag conditions.

The No. 1 Audi filled out the podium, highlihted by Tom Kristensen, who has run his final race. The third and final safety car period was brought out by the other Porsche in a violent accident involving Mark Webber and AF Corse Ferrari's Matteo Cressoni. Both are awake and alert, but Mark was taken away by stretcher as a precaution.

KCMG easily took the LMP2 race win, 18 laps ahead of their closest pursuer. The No. 27 SMP Racing team did indeed snatch the championship honors from G-Drive, which suffered a race-ending accident while leading class, just one hour into the event.

AMR swept the GTE classes with the No. 97 Aston and the No. 98 Aston taking the victories.

Webber and Cressoni to spend night in local hospital