Team Penske is confident it made a step forward with its FIA World Endurance Championship programme at last weekend’s Spa 6 Hours round.

The Penske Orreca 07-Gibson LMP2 shared by Felipe Nasr, Dane Cameron and Emmanuel Collard finished fourth in class, an improvement on the eighth position it achieved on its WEC debut at the opening round of the championship at Sebring in March.

Jonathan Diuguid, who is managing the P2 programme at Penske, believes the car could have finished on the podium.

“If there had been more green-flag running at the end, we could have been fighting for third,” he told Motorsport.com.

“To be racing the more established teams at the end of the race was something to be happy about.”

But he said that the biggest positives Penske took from the weekend were the advances it made “operationally and in the pits”.

“We made big improvements with regard to the tyres — tyre temperatures and tyre preparation,” he said.

“That represented a big step for our programme.”

Penske is having to learn about the use of tyre ovens, which are not allowed in the IMSA WeatherTech SportsCar Championship in which it represented Acura in the Daytona Prototype international category in 2018-20.

The team is also using spec LMP2 Goodyear tyres rather than the Michelins mandated in IMSA in North America. 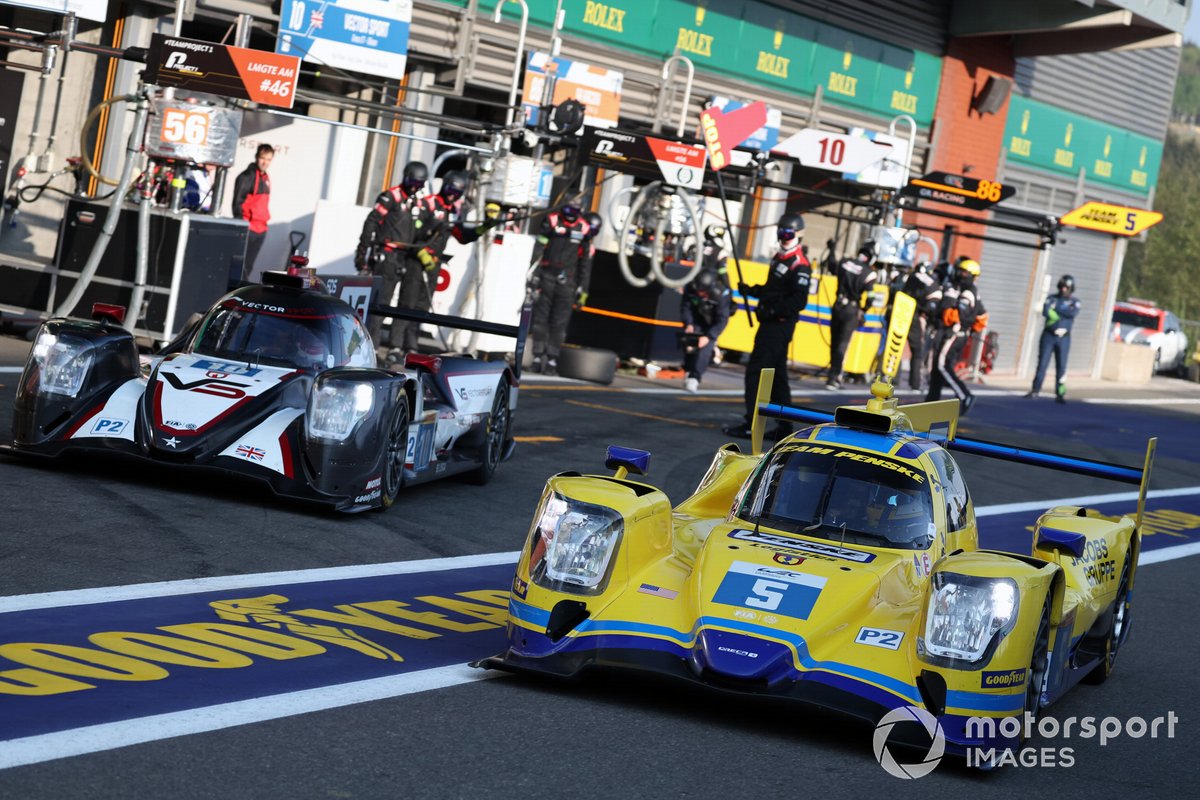 Diuguid revealed that the Penske Oreca suffered a cooling issue from 50 minutes into the Spa race, which he said proved problematic when running in spray and under safety car or Full Course Yellow conditions.

The incident-packed race at Spa was described by Diuguid as “a valuable learning experience” for Penske as it prepares for a move into the WEC’s Hypercar class with Porsche’s new LMDh prototype in 2023.

“With all the red flags, safety cars and FCYs, Spa was certainly another race where we learnt a lot about all the procedures in WEC,” explained Diuguid, who is managing director of the Porsche Penske Motorsport organisation set up to mastermind the twin campaigns with the LMDh in the WEC and IMSA.

Diuguid wouldn’t make predictions ahead of the next round of the WEC, the double-points Le Mans 24 Hours on 11/12 June.

“Without having gone to Le Mans previously with our group, we are approaching it with the respect it deserves,” he said.

“We’re going there to do the best we can and to continue learn and create a solid base for next year.”