Through its activities as constructor, motorist and R&D, ORECA Technology will be involved in all forms of auto racing this season.

The Technology division of ORECA is preparing for a particularly intense year. The Research & Development, Constructor and Engine departments will be involved on all fronts in 2014, at the highest level on the international scene.

Things have indeed already begun in earnest with the continued progress of the REBELLION R-One LM P1 project and preseason testing for the 24 Hours of Daytona. But exciting challenges are not limited to endurance racing : rally-raid, rallycross, rallying and single-seater series are also on the program ! 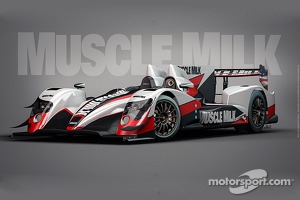 The ORECA engine department, working in all facets of competition!

In 2014, the challenge will be even greated with a world championship ! In rally-raid, ORECA’s motor division is involved with SMG buggies, Chinese prototype builders Great Wall as well as the Ford Ranger. The Dakar has started and already two stage wins, one for the Great Wall Haval and one for the Red Bull Team SMG with Carlos Sainz.

At the circuit, ORECA will be present with Lada in the World Touring Car Championship, developing the 1.6 litre powerplant for the Granta. Three cars will be officially entered by the Russian automaker, for James Thompson, Rob Huff, and Mikhail Kozlovskiy, who will do battle against Citroën and Honda.

Finally, the engine department will be present in single-seater racing, partnering with Renault in the FIA Formula 3 European Championship for the French marque’s return to the discipline. Without forgetting, the division’s involvement in hill climbing, the Andros Trophy and all of the single-make series overseen by the team of people at Magny-Cours.


The most successful prototype in 2013 with 10 wins, the ORECA 03 LM P2 is headed to North America to conquer another part of the endurance world. Alongside the World Endurance Championship and the European Le Mans Series, the car designed in ORECA’s workshops turns its efforts to the Tudor United SportsCar Championship, the newly formed top endurance series in America. And who better to take on this mission than the two-time defending ALMS champions ?

Muscle Milk Pickett Racing chose the ORECA 03, and tested the car for the first time during preseason testing for the 24 Hours of Daytona. It was a positive first impression according to Klaus Graf, one of the team’s drivers : « This was a shakedown test for our new Muscle Milk ORECA/Nissan package and I think we can be very pleased with what we achieved. The Pickett Racing car ran without any problems, very reliable, which can always be a big question mark in the beginning with a new car and a track like this.

We did a lot of laps, gathered a lot of data and learned a lot about the Continental tires. All in all, we’re going away from here with a good spirit for the 24 hour race. » During the tests, Klaus Graf was joined by his long-time teammate Lucas Luhr, as well as Alex Brundle and Tom Dyer. Muscle Milk Pickett Racing will receive support from Nissan, whose V8 engine is prepared by ORECA’s engine department.

The Prototype Challenge a popular choice…


Since first hitting American tracks in 2010, the ORECA-FLM09 has not stopped attracting teams and drivers, it’s presence getting stronger as the years pass. A success story in the ALMS, the Prototype Challenge will take on a whole new dimension in the Tudor United SportsCar Championship. No fewer than 12 cars have been entered for the season with also two teams placed on the reserve list !

8Star Motorsports, winners of the LM GTE-AM trophy in the World Endurance Championship, have also entered a car. An impressive list of drivers will drive in the PC with the notable presence of Bruno Junqueira, Tom Kimber-Smith and Colin Braun, as well as top-flight part time participants such as Rob Huff, 2012 WTCC champion !

Research & Development : REBELLION R-One, ORECA 05… but that’s not all!


For several months, a dedicated team has been working at the design bureau in close collaboration with REBELLION Racing on the design and construction of the R-One LM P1, with two chassis taking part in the 2014 World Endurance Championship. The project continues according to schedule, with conformity tests planned for end ofJanuary. The first pieces will arrive at the ORECA workshops this months while the transmission/gearbox, specific to this prototype, is currently being fabricated.

At the same time, the design bureau has begun work on a new LM P2, the ORECA 05, with plans for the car to be rolled out for the first time at the end of this year ahead of its competition debut in 2015. As a symbol of the Group’s know-how and innovation, the car will be the first close-top LM P2 developped by ORECA. Ahead of this, the ORECA 03R, an evolution of the current ORECA 03, will make it’s first racing appearance in 2014.

Although competition is at the heart of what ORECA Technology’s Research & Development department does, its work is not limited to racing. In 2014, ORECA has acquired new tools, including an autoclave oven able to respond to both the internal needs of the department as well as outside needs. The Group confirms its desire to show itself to be a major player in the composite materials market. In addition, thanks to its know-how, tools and experience, ORECA’s R&D activities have branched out to other domains, including nautical, aeronautical and safety.

The next major event for ORECA Technology will be the 24 Hours of Daytona, in the United States, from January 23-26, first round of the Tudor United SportsCar Championship.

Are you ready for the 2014 FIA World Endurance Championship?