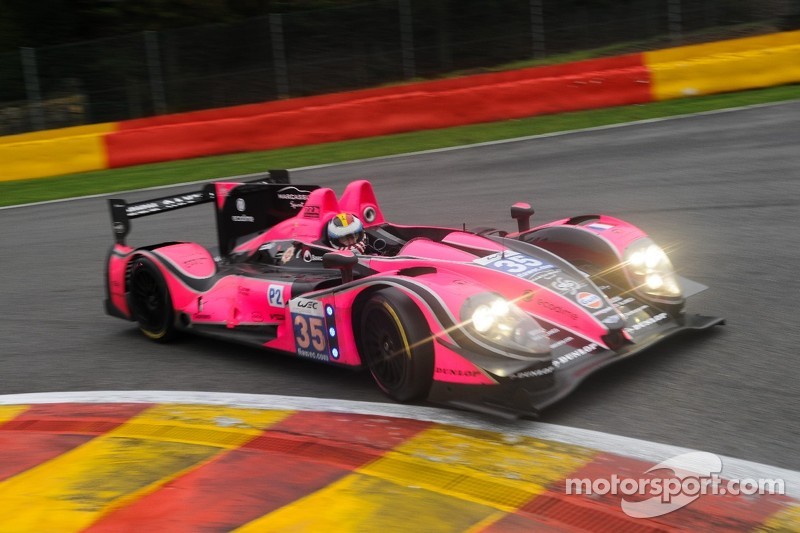 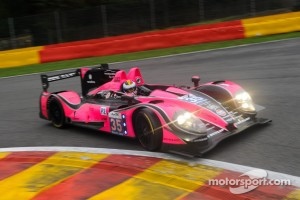 OAK Racing remains firmly in contention for this year’s FIA World Endurance Championship thanks to a fourth place LMP2 class finish at the 6 Hours of Spa-Francorchamps in Belgium this afternoon.

Although the #24 Morgan 2012 LMP2 displayed race-winning pace throughout, early problems ultimately put paid to a second consecutive podium finish. Olivier Pla’s demon start in soaking wet conditions saw the Frenchman bolt from third to first on the opening lap before a coming together in traffic and subsequent starter motor issue saw the car co-driven by Jacques Nicolet and Matthieu Lahaye finish fourth of the classified WEC entrants and eighth of the LMP2 class runners.

Instead, it was the team’s non-WEC entry driven by home favourite Bas Leinders and Danish driver David Heinemeier Hansson that remained in overall class podium contention until the finish en route to a highly creditable fourth place amongst the combined LMP2 field on their OAK Racing debuts.

It was an impressive performance from the #35 Morgan 2012 LMP2 crew who will be joined in Belgium on Monday by future co-driver Maxime Martin as the team continues to test its third Le Mans 24 Hours entry ahead of next month’s race.

It was a less productive day for the team’s #15 OAK-Pescarolo LMP1 that had looked extremely competitive in wet conditions with Belgian ace Bertrand Baguette aboard. His mammoth three-hour quadruple stint laid the foundations for a solid result before Dominik Kraihamer continued the good work. But a late battle for seventh place overall was cut short just three minutes from the chequered flag when the car, now with Guillaume Moreau at the wheel, suffered collapsed suspension and retired.

Sebastien Philippe, Team Manager: All three cars made good starts. Bas Leinders did a fantastic job to go from eighth to second during his first stint while Olivier Pla and Bertrand Baguette did very well in the wet. But then the #24 lost 15 minutes in the pits with a starter motor problem which was frustrating because the car was very quick afterwards with Matthieu Lahaye and Jacques Nicolet. It could have finished on the podium but at least we scored good points for the World Championship. Of course I am very pleased with the #35’s result after a great weekend for Bas and David Heinemeier Hansson. The LMP1’s late retirement was a big disappointment though especially as we were not classified. Bertrand Baguette, Dominik Kraihamer and Guillaume Moreau had all done really well up until that point.”

Bertrand Baguette, #15 OAK-Pescarolo LMP1: “It was good to get a lot of time in the car and know the team has confidence in me. Four stints in a row are a lot but I enjoyed it, especially at home here in Spa. Unfortunately the car didn’t make the finish after suspension problems just three minutes from the end, which is obviously disappointing. We’ll be working here on Monday and then move on to Magny-Cours so that we can go to Le Mans even stronger.”

Matthieu Lahaye, #24 Morgan 2012 LMP2: “It’s a shame we had the problem with the starter motor because we had the pace to win today. It’s not too bad however as we still scored a good points haul to remain in the hunt for the championship which is our principle objective. We know we have good pace and the drivers all did well today so now we must concentrate on a good performance at Le Mans which is worth double points.”

Bas Leinders, #35 Morgan 2012 LMP2: “I made a steady start but had good grip and was able to attack despite keeping my tyres quite cool as the track dried. That allowed me to make progress towards the end of my stint before changing to cut slicks for the second run. It was a great choice and I moved up to second in class and 11th overall. David did a good job despite some contact that lead to replacing the front nose, without which perhaps we could have made the podium. All in all I’m very happy.”

David Heinemeier Hansson, #35 Morgan 2012 LMP2: “I was really pleased with the car’s set-up and thought we had a great shot at making the podium. We were so close yet so far. The one mistake I made might just have cost us that podium but it’s okay. I’m delighted with the team, car and my co-driver Bas. I couldn’t have asked for anything better. We weren’t battling for points here and the grand prize is Le Mans so if I have to forfeit this podium in favour of one there I’ll be happy with the trade!”