In a continuation of the strong relationship between Nissan and Greaves Motorsport, GT Academy graduate, Mark Shulzhitskiy, will make his LM P2 and FIA WEC debut in China.

Greaves Motorsport is pleased to announce their driver line up for the 6 Hours of Shanghai, the seventh round of the 2013 FIA World Endurance Championship. 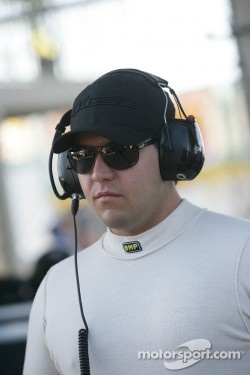 In a continuation of the strong relationship between Nissan and Greaves Motorsport, GT Academy graduate, Mark Shulzhitskiy, will make his LM P2 and FIA WEC debut in China driving the team’s Nissan powered Zytek prototype.

The 24 year old Russian will follow in the footsteps of previous GT Academy graduates Lucas Ordonez and Jann Mardenborough in racing for the team.

American Eric Lux is making a welcome return to the team having driven for Greaves Motorsport this season at both Sebring and Le Mans, gaining a podium place in the Florida Classic back in March.

The final seat will be taken by Sweden’s Bjorn Wirdheim who made an immediate impact with the team in his races at both São Paulo and Fuji, also gaining a podium place at the rain affected Japanese event.

Team Manager, Jacob Greaves: “The whole team is very pleased to have Mark driving for us in China. We have seen from the performances of Lucas and Jann in the past just how good the GT Academy graduates are and how quickly they come to grips with the challenge of LM P2 and the FIA World Endurance Championship. It also great to welcome back Eric and Bjorn, this trio makes a very strong line up and we are aiming right for the top in Shanghai.”