Nelson’s Column: From Le Mans to London and back to NASCAR 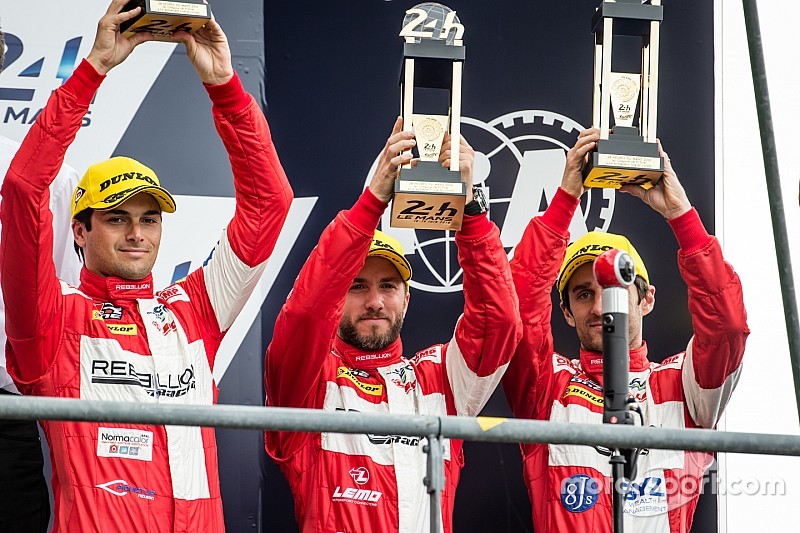 Motorsport.com columnist Nelson Piquet Jr stood on the podium at Le Mans, ended a frustrating Formula E season in London and will soon make a NASCAR comeback too.

The last month has been pretty cool for me! I got to experience the amazing Le Mans 24 hours again, and that’s a race I would love to do every year.

I had an even better experience than the first time I did it in 2006, and I loved racing with Rebellion, Nico Prost and Nick Heidfeld. It was a shame that were not in fierce competition because the other cars in our class didn’t finish, but it was still amazing fun and I was very happy at the end of the week.

It’s not a bad feeling to stand on the Le Mans podium!

We then had the season finale of Formula E in London. It was great to go back to Battersea Park, where we won the championship last year, and it holds a lot of amazing memories.

We were able to set the fastest lap on Saturday and I also picked up a couple of points on Sunday so, after a tough season, it was encouraging to end it scoring some points.

It’s sad we won’t be going back to Battersea as it’s also one of my favourite tracks on the calendar but there are some incredible new places on the calendar for next season. We have five new tracks with Hong Kong, Marrakech, Brussels, Montreal and New York – what an amazing achievement for Formula E to make this happen.

It’s going to be unbelievable racing in downtown New York. I can’t wait to get to Hong Kong and start the next season.

Some good news from my side is that I will be racing next month in the NASCAR Xfinity Series race at Mid-Ohio.

I’m racing for the Biagi-DenBeste team and they’ve invited me along especially for this road course event. I love NASCAR so much, the racing is so competitive and it’s so fun, so I’m very excited to be returning to the championship again since my last time in NASCAR a couple of years ago.

The summer is shaping up to be a good one – I hope yours is too!

No BoP penalties for Ford nor Ferrari despite Le Mans dominance