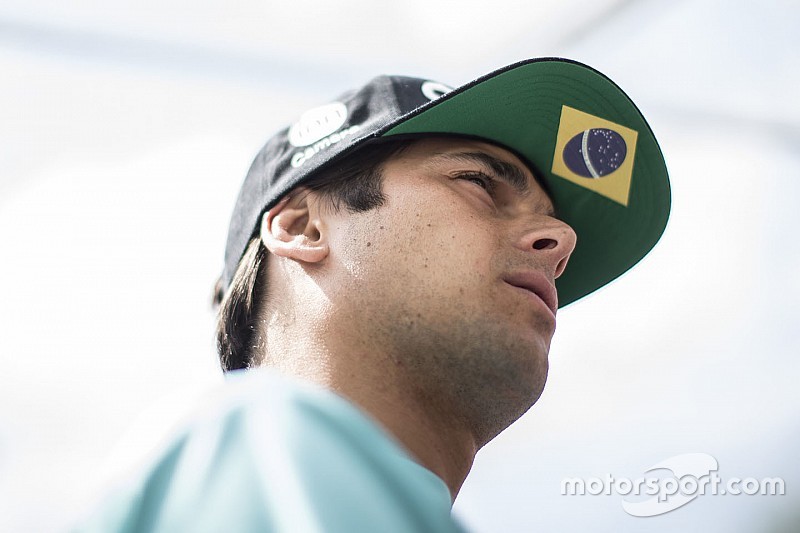 Motorsport.com columnist Nelson Piquet Jr talks about his red-tape disappointment that denied him the chance to race at Pau in F3, and how all this thoughts now are focused on the 24 Hours of Le Mans.

May turned out to be a heck of a month for me, with some interesting things cropping up!

I started out the month racing at Spa-Francorchamps, an incredible drivers’ track, with Rebellion Racing in the World Endurance Championship. It was my second race with the team and my team-mates Nico Prost and Nick Heidfeld finished on the podium again in our class and fourth overall, which was a great result as a privateer LMP1 entry.

Then I had a very bizarre week! A last-minute opportunity presented itself when Trevor Carlin contacted me and invited me to race with his team at the Pau Formula 3 race. I jumped at the opportunity as I have always wanted to race at Pau, and doing an F3 race would mean that I qualified to enter the Macau Grand Prix – a race that is on my list to compete in again during my career.

As most of you probably know, I’ll jump in pretty much anything with four wheels and race. I love the different challenges, the different circuits and the different categories – racing and competition is what I live for.

Unfortunately, the FIA then decided that I was too experienced for the European Championship, and removed the permission for me to race. I was absolutely devastated. I have spoken to FIA President Jean Todt since, because we need to find a solution for these situations.

There are many drivers out there that would take opportunities like these and want to race more.

Because does this mean that I’ll never have the chance to race in Macau again? I hope the FIA finds a solution because I’m a racer and when I get these kind of opportunities I’d like to be able to take part in things.

From that experience, I headed to Formula E in Germany. Although we raced in Berlin last season, this year we moved location right in the heart of the city centre. It was a great venue and a sell-out event, and I hope we go back to that circuit again.

Focus now all about Le Mans

My focus for the next couple of weeks now turns to Le Mans. I first competed at the 24 Hours 10 years ago and, at the time it was my first ever time in a GT car.

It was one of the hardest race for me. I was young, it was my first time in a GT car, my first time at Le Mans and we were running around LMP cars. It was a real challenge I can say that!

But everything worked well and we finished fourth in class, which was amazing for a private team in GT1 against factory teams.

This year the feeling is completely different. I have 10 years of experience driving in all kinds of cars and races so for me I’ll be much more confident and knowing what to do, when to push and when to be careful.

Naturally, I think I’ll be driving much better just because I’m so much more relaxed. I’m also happy to be driving with two friends, Nico and Nick, guys I race against in Formula E every weekend.

And we are aiming for a win here! So I can’t wait for the race to start.

The right strategy in Le Mans: a high-paced game with many unknowns