Mexico WEC: Porsche back on top in second practice 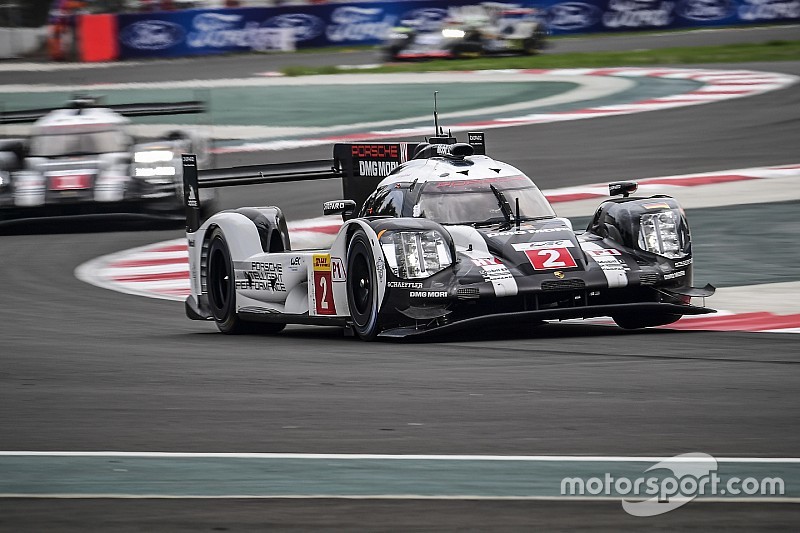 Porsche returned to the top of the timesheets in the second free practice session for the Six Hours of Mexico.

Audi #8 was third fastest, seven tenths off the pace, ahead of the #7 sister car. Again, only one Toyota ran, with the #6 still being rebuilt after its crash this morning.

The #5 Toyota was fifth fastest once more, but under a second off the pace for the first time.

In LMP2, Felipe Albuquerque set the place in the local RGR Sport by Morand entry that also features event organiser Ricardo Gonzalez in its line-up.

Nicki Thiim again led the GTE Pro for Aston in its #95 car, ahead of the sister #97 car.

The Gulf Porsche was again fastest in GTE Am, with Ben Barker setting the pace this time.

The session was ended prematurely by a red flag for Victor Shaytar's stranded SMP BR01, which Sam Bird's Ferrari almost hit. He was summoned to race control, along with his team manager.