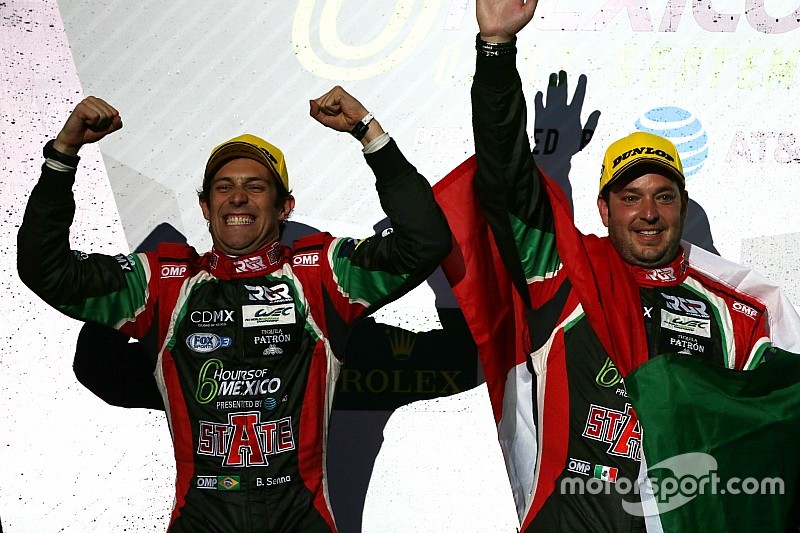 Ricardo Gonzalez, who promoted the inaugural 6 Hours of Mexico FIA World Endurance Championship, says he is still coming to terms with winning the LMP2 class with his own Mexican team.

Gonzalez claimed LMP2 pole position and victory for the RGR Sport by Morand squad along with Bruno Senna and Filipe Albuquerque in his home event – watched by over 38,000 passionate fans.

"I think it is going to take a while to sink in," said Gonzalez. "We knew since the beginning of the year that we were competitive. We won the first race but it is such a tough category that to win again you never know when it is going to happen.

"At the end of the race, it was nerve-racking. I didn't even want to watch the TV anymore and I wanted to fast-track the clock.

"The podium was very special to have the people singing the anthem. It was very nice, it is going to sink in my brain forever."

The race featured a controversial moment when Gonzalez was tipped into a spin by class rival Roman Rusinov of the G-Drive team.

But that car lost a likely victory when a brake disc exploded late on, and the win came down to the Mexican team versus the French Signatech Alpine squad.

After the race, Senna – who also suffered a brief spin – paid tribute to his teammates: "The guy who won the race for us today was Mr Albuquerque. Ricardo as well did a fantastic job in his stint."

A late-race rain shower complicated Albuquerque's sprint to the finish, but he held on for a famous victory over Signatech's Nicolas Lapierre.

"He was catching me back and when the rain came I knew what he was thinking – he was taking risks to put pressure on me," said Albuquerque.

"It was a mental game and I had to just keep it steady. In the end I wanted this win so bad for the team. It was very important for them: I knew how special it would be on the podium.

"I'm not a Mexican but I almost had a tear in my eye with everyone singing the national anthem. It was so special and now maybe Bruno and I will get a Mexican passport."