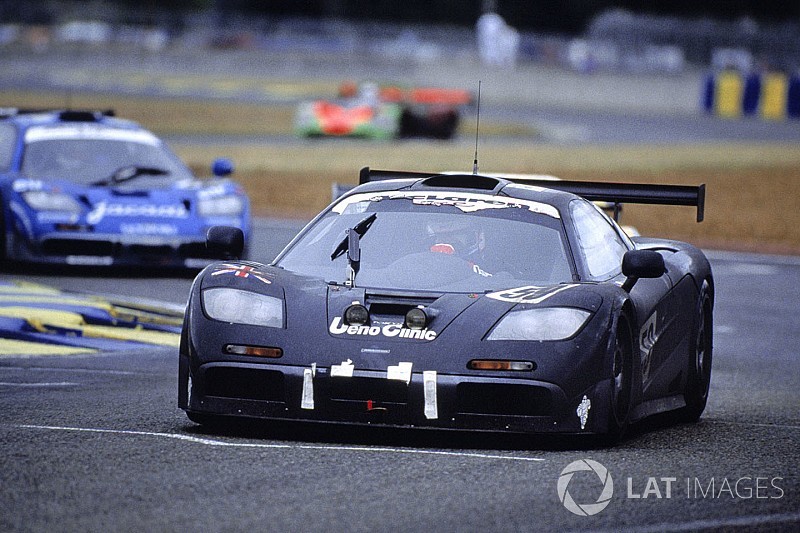 McLaren has a "strong interest" in potential new World Endurance Championship rules that would allow it to style a future LMP1 contender after its high-performance road cars.

McLaren boss Zak Brown took part in the second roundtable meeting of potential manufacturers working on the new set of P1 rules that are due to come into force for the 2020/21 WEC season - and said he liked the ideas discussed.

"We like lots of what they are saying: with the budgets and the level of technology they are talking, it's heading in a direction that means there is a strong interest on our part," Brown told Motorsport.com.

McLaren's interest was such, he explained, that it had "dedicated someone to go to future meetings and look into this".

The British group has previously hinted that it could return to the WEC's blue riband round, the Le Mans 24 Hours.

Within three months of taking up the executive director position, which includes responsibility for the McLaren Automotive sportscar arm as well as the Formula 1 team, Brown said that he would "love to see" the marque back at the race it won with the F1 GTR supercar in 1995.

He suggested at that point that a Le Mans return would most likely be in the GTE ranks with a car based on one of its sportscars.

More recently, he expressed an interest in McLaren entering LMP1 if a set of cost-effective regulations was put in place.

Should McLaren decide to build a car capable of winning Le Mans outright, it would give Fernando Alonso the chance to chase one leg of the motorsport triple crown with his regular employer.

Porsche has been another participant in the rules meetings, despite its withdrawal from the LMP1 arena after this weekend's WEC finale in Bahrain.

Porsche GT boss Frank-Steffen Walliser said that the company was always ready to "discuss and listen".

A set of rules that would give manufacturers the chance to give a prototype the look of a high-performance sportscar has been described as "one of the options" by Vincent Beaumesnil, sporting director of WEC promoter the Automobile Club de l'Ouest.

But it appears that this is a firm direction in which the 2020/21 rules are heading.

The ACO and the FIA, who jointly write the rules for the WEC, have targeted putting a broad framework in place in time for it to go before the December meeting of the World Motor Sport Council.