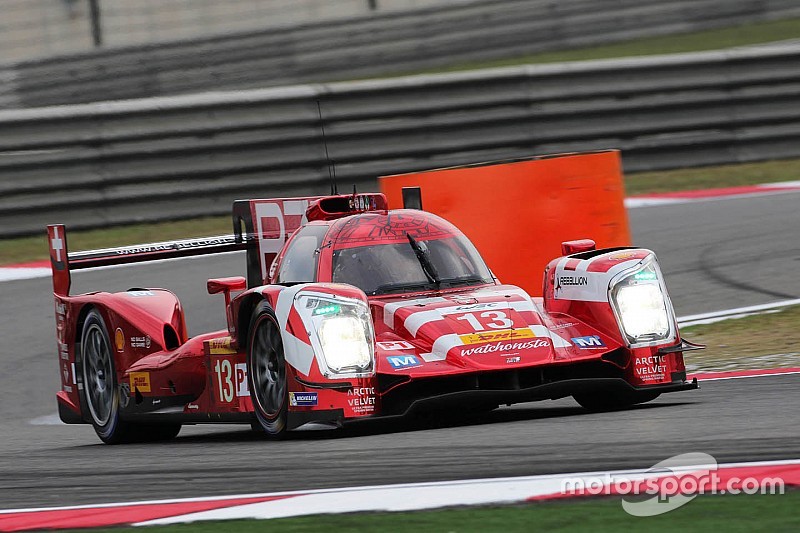 Mathéo is a young and promising Swiss driver who is also racing in the GP3 single seater championship.

Tomorrow November 1st, during the 6 Hours of Shanghai race, round seven of the 2015 FIA World Endurance Championship, the 18 year old Swiss driver Mathéo Tuscher will, after his first stint, become the youngest driver ever to race in a FIA WEC race on board an LMP1 car.

All of this wouldn’t have happened without my partners and Rebellion Racing and I am very grateful to them.

Mathéo is a young and promising Swiss driver who is also racing in the GP3 single seater championship. Mathéo won the Formula Pilota China in 2011 in his first racing season in single seaters at the age of 14, winning eight races. He was runner up in the 2012 Formula 2 championship with two wins and nine podiums.  Since 2014, Mathéo has been racing in the GP3 Series, he his currently 12th in the 2015 driver standings.

This weekend saw him debut in the FIA WEC driving the #13 Rebellion R-One with Dominik Kraihamer and Alexandre Imperatori.

Rebellion Racing has always placed an emphasis on helping Swiss drivers and the team wanted to provide driving time and race experience to Mathéo in a LMP1 prototype and, if he becomes during the race the youngest LMP1 driver in the FIA WEC in a Rebellion Racing car, it will be a first milestone for him in sportcars.

Mathéo Tuscher: "I am already happy and proud to debut in sportscars in a Swiss team and to race here in Shanghai where I won in my first single seater racing season. I am starting to  get used to being the youngest driver of the series I am racing in as since my first year I was the youngest in Formula Pilota China, in Formula 2 the year after, in Formula Renault 3.5 in 2013 and in GP3 in 2014. It’s a very good feeling to be the youngest LMP1 driver in the FIA WEC, but more important to me is to perform well in tomorrow’s race and in the next races of a world class championship like the FIA WEC. All of this wouldn’t have happened without my partners and Rebellion Racing and I am very grateful to them."

Audi on second row at Shanghai