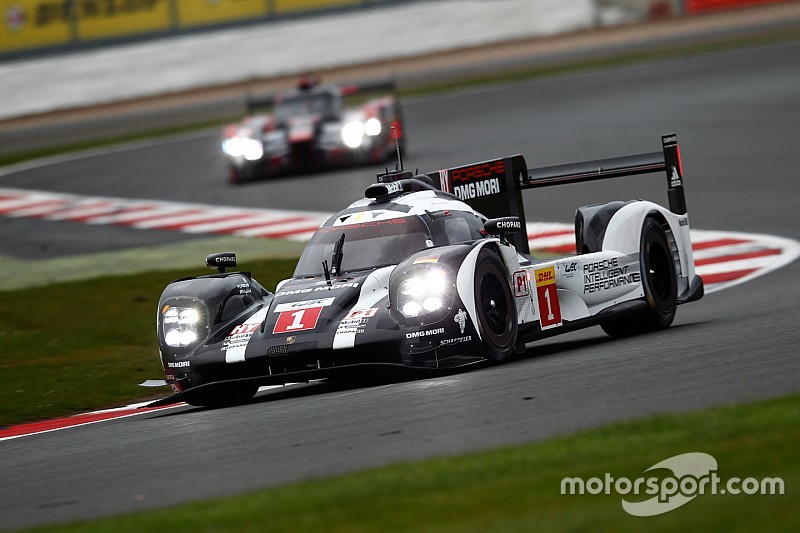 Andre Lotterer has cautioned that his Audi Sport WEC team still lags behind chief rival on Porsche for pace despite taking an on-the-road race victory in the Silverstone season opener.

The #7 Audi of Lotterer, Marcel Fassler and Benoit Treluyer upset the odds to take the chequered flag at Silverstone ahead of the #2 Porsche 919 Hybrid, only to be excluded for excessive wear on the skidblock.

However, the #1 Porsche had controlled the first two hours of the race before Brendon Hartley suffered a big crash trying to lap the GTE Am class Gulf Racing Porsche of Michael Wainwright.

Lotterer admitted that the pace of the #1 machine prior to its exit showed that Porsche still has the edge over Audi, and said the Ingolstadt marque has to remain "realistic" ahead of this weekend's Spa race.

"If you win, you could say you have the best car, because that what it [appears to] mean," Lotterer told Motorsport.com. "But on the other hand you have to be objective.

"The #1 Porsche was quite fast, and before their accident it was tough for us to keep up with them. We are realistic, we had a bit of luck with the Porsche crashing.

"We are much closer [than last year], but everybody improves, Porsche improves as well. They are favourites with their 8MJ petrol car compared to ours [6MJ diesel]."

Lotterer did however praise his Audi team for ensuring that the #7 car ran reliably throughout the six-hour Silverstone race, the first competitive outing for the radically revised R18 e-tron quattro.

"In racing a lot of things happen, it's a complete package, we have to go through the race without any problems," added the German.

"It's pretty amazing we didn't get any issue at all on the car, it was running perfectly. It's a great relief for all the engineers."

But, with the #8 Audi not reaching the finish after succumbing to a hybrid system failure, Lotterer warned there was still progress to make on the reliability front before the Le Mans 24 Hours.

"We know we have more work in front of us," he said. "We lost the sister car; it's a young car and there are still a lot of things to improve and learn."

Watch our 6 Hours of Spa preview: