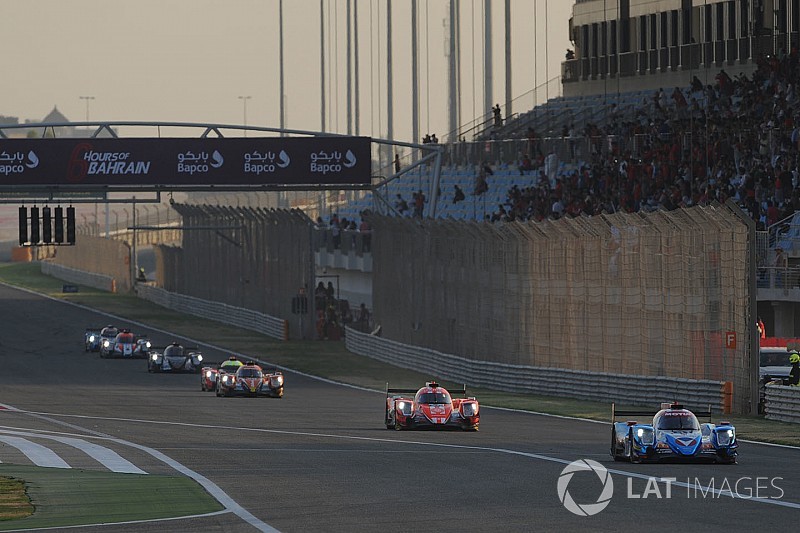 The LMP2 division of the FIA World Endurance Championship will feature tyre competition in the 2018/19 superseason, with at least two teams opting to use Michelins instead of Dunlops.

All 10 of the LMP2 entries that were registered for the full 2017 WEC season used Oreca chassis and Dunlop tyres, effectively ending chassis and tyre competition in the secondary class.

However, as well as Dallara and Ligier arriving to challenge Oreca dominance for the 2018/19 campaign, Michelin is returning to the category for the first time since the end of the 2016.

Of the seven LMP2 cars registered for the superseason, at least two - Larbre Competition and DragonSpeed - will use Michelin rubber.

Teams are free to try different tyre suppliers during the pre-season, with Racing Team Nederland having taken part in tests with both Michelin and Dunlop at Aragon this winter.

However, the Dutch outfit left the most recent Dunlop-arranged test at the Spanish track after just a half a day, indicating it will also probably be using Michelins this season.

TDS Racing and Signatech Alpine will both stick to Dunlops for 2018/19, and while Jackie Chan DC Racing was not present at Aragon last week, the British firm expects the Jota Sport-run squad to continue with its products.

"This year will be more interesting because we have three [chassis] manufacturers, Ligier, Dallara and Oreca, and Michelin returns to the category," Dunlop Motorsport sales manager Mathias Kipp told Motorsport.com.

"I think that from a business point of view and how many cars we have [four], we are a bit disappointed. But we can now compare ourselves with Michelin.

"Our teams are happy and see clear improvements, and it is clear that the tyres will be faster than last year."

Of the 20 LMP2 cars entered for the Le Mans 24 Hours, Dunlop will supply 15 and Michelin the remaining five.

While the WEC's LMP2 class is to have tyre competition again, Aston Martin's move to Michelin means the GTE Pro division will be monopolised by the French brand.

All 10 LMP1 cars entered for the WEC superseason are also Michelin-shod, despite Rebellion Racing and ByKolles both having used Dunlop products as recently as 2016.