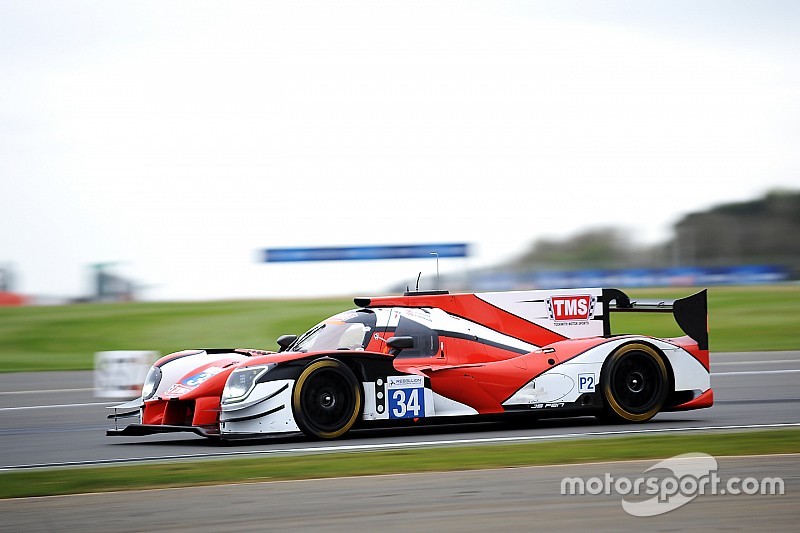 The Ligier JS P217 will make its FIA World Endurance Championship debut in next month's Spa round with Tockwith Motorsports, as Karun Chandhok returns to the series to join the British squad.

Tockwith graduated to the LMP2 division of the European Le Mans Series this year with a Ligier JS P217 for British duo Nigel Moore and Philip Hanson, who finished fifth in last weekend's season opener at Silverstone.

Now Moore and Hanson will tackle the WEC 6 Hours of Spa in Tockwith's Ligier-Gibson, with the pair being joined by ex-HRT and Lotus Formula 1 driver Chandhok.

The Indian's last major sportscar appearance came for the Murphy Prototypes ELMS squad last year in a one-off at the Red Bull Ring.

Spa will be the 33-year-old's first WEC appearance outside of the Le Mans 24 Hours since 2012, when he contested a full season for the JRM LMP1 team in a HPD ARX-03a alongside David Brabham and Peter Dumbreck.

Chandhok will also stay on board with Tockwith to contest Le Mans in June along with Moore and Hanson.

"It will be nice to go back to Le Mans, because it is the best race in the world," Chandhok told Motorsport.com.

"Simon [Moore, team owner] phoned me and said that they were looking for an experienced driver to come and help out.

"I was clear that if I was to do Le Mans, I needed to do a race before, and they suggested that instead of me joining them for an ELMS round we should do the Spa WEC round."

Tockwith's entry will also mark the first non-Oreca entry in this year's WEC LMP2 division, as the 2017 campaign kicked off at Silverstone with a nine-strong field made entirely of Oreca machinery.

The addition to the Tockwith Ligier, the Signatech Alpine team is expanding to a second A470 in Spa for Nelson Panciatici, Andre Negrao and Pierre Ragues, bringing the size of the LMP2 grid to 11 cars.

With the addition of a third Toyota TS050 Hybrid bolstering the LMP1 contingent to six, and the GTE field remaining constant at 13, a total of 30 cars are set to take part in the Belgian event.