Lewis Williamson: Getting back in the groove 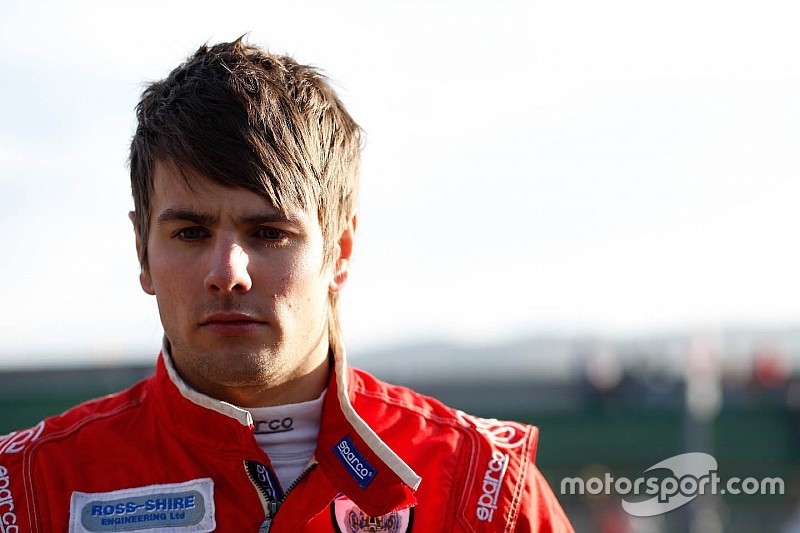 After falling off the single-seater ladder, Lewis Williamson is now looking to revive his career in endurance racing - and he's willing to do whatever it takes to succeed, as he tells Sam Smith.

Momentum is everything in motorsport, and if it stalls, getting going again can be very tough indeed.

Striving not to become the cliché of a forgotten talent is Lewis Williamson. The 26 year-old will test the Strakka Gibson 015S-Nissan LMP2 car at Bahrain this weekend as he aims to carve out a second phase to a career that showed much promise in a variety of single-seater formulae from 2010-13.

“Getting back up to speed will not be a problem because I am super hungry to get back out there racing,” Williamson told Motorsport.com.

“These chances don’t round often so I am intent on grabbing it to learn more about what it takes at this level. I am hungrier than I have ever been to be racing again.”

Williamson has not competed since 2013, when he campaigned GP3 for Bamboo Engineering, scoring a podium position at Monza.

His career up until that point had promised much with wins in Formula Renault 2.0 and GP3. Now though, after becoming embedded at Strakka, where he has coached and guided its single-seater drivers, Williamson is keen to kick-start a new identity in endurance competition.

“The coaching and additional learning I have done with Strakka this year has kept me sharp but to actually get the opportunity to drive the LMP2 car with them is something I have been hoping for,” he said.

“It will also be good for me to see at close quarters how an LMP2 race weekend happens within the team. Strakka is a very professional environment to be in and I know I will learn and absorb a lot of useful and key information.”

Instrumental in Williamson getting an opportunity to test was Strakka Chief Engineer Jay Davenport, with whom Williamson has worked closely with in the past.

“I know Jay from Formula Renault days and then in GP3 when he engineered me at Arden. We had a good rookie year [in 2011] and I won at Silverstone," said Williamson.

"When you bond with an engineer you get so much out of that relationship and we understood each other very well. I’m looking forward to renewing that at Bahrain.”

Williamson has displayed an iron will throughout his career, and the recent loss of on-track momentum has seemingly only him more determined to revive his career in sportscar racing.

“Strakka gave me a great opportunity to be a part of their team and what I am hoping from this test is to repay that faith and something can come from it for the future," he said.

"Ultimately I want to race - I will absolutely bend over backwards to get any kind of opportunity for a drive in endurance racing, and I will be giving it 110 percent to make that happen.”