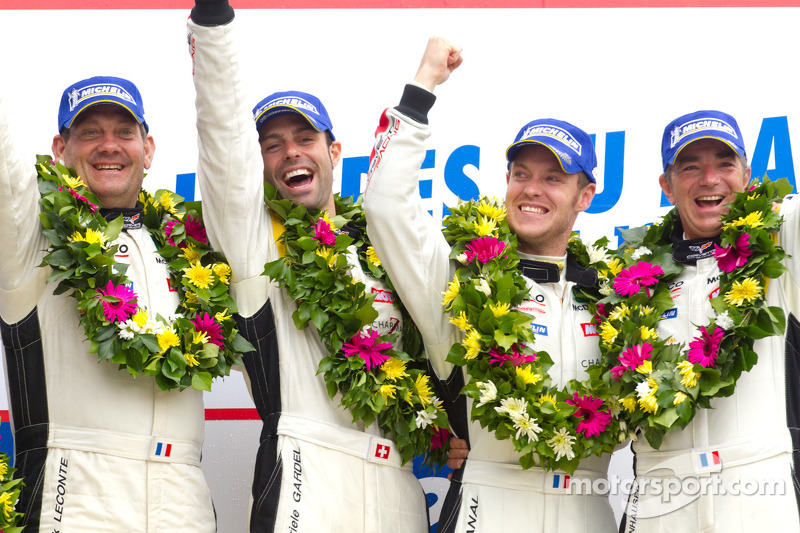 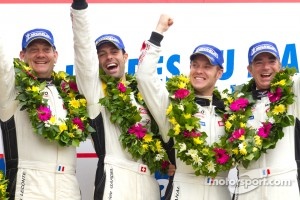 After their maiden season in partnership with Corvette GM Racing yielded an Intercontinental Le Mans Cup title and victory at the Le Mans 24 Hours, Larbre Competition has further strengthened its exclusive links with the American manufacturer for 2012.

During last October’s trip to Road Atlanta for Petit Le Mans a decision was taken to join the new FIA/ACO-organised World Endurance Championship (WEC) which will debut this season. When selecting drivers for the #50 and #70 Corvettes the team elected to adopt the continuity that is synonymous with top-line endurance teams.

Indeed, the decision was quickly made to retain the drivers who helped Larbre take a one-two finish at last year’s Le Mans 24 Hours. As such the #50 car will be handled by a crew selected from Patrick Bornhauser, Julien Canal, Pedro Lamy and Fernando Rees while the #70 reunites Christophe Bourret, Pascal Gibon and Jean-Philippe Belloc behind the wheel. Only Gabriele Gardel, who recently lost backing from long-term partner BSI Bank, was unable to take up the challenge in 2012.

In his place, Larbre Competition has completed the #50 crew with drivers who boast huge experience and have already enjoyed much success with the team.

Lamy, who won Le Mans Series LMP1 titles in 2004 and 2006, as well as the FIA GT crown in 2005 for Larbre, will bolster the #50 line-up for the long distance events at Sebring and Le Mans. Between 2007 and 2011 the Portuguese pilot raced as an official Peugeot LMP1 driver, taking numerous wins and the 2007 Le Mans Series title for the French marque before their sudden withdrawal from the sport in January.

Another former Larbre driver returns to the team this year with Rees joining the #50 crew for the six-hour WEC races. The Brazilian enjoyed success with Larbre during 2007 when he piloted an Aston Martin DBR9 to victory in the 1000 Miles of Interlagos.

The cars will be looked after by the renowned Pratt & Miller factory that builds and develops the LM GTE model for Corvette. A crew of three technicians and one engineer from Larbre recently spent three weeks at the Detroit-based company to prepare the technical programme for the coming season. The cars and equipment will leave for Sebring this Thursday (March 8).

While the Corvettes were undergoing their final checks, Team Manager Jack Leconte took his drivers to a training camp at Golf du Médoc near Bordeaux to complete their physical and mental preparation. This will be vital as the squad takes on the factory Ferrari and Porsche teams in pursuit of the World Championship.

The camp took place under the watchful eye of Larbre’s physical trainer Jérôme Vassia. The team also enjoyed a trip to the National Training Centre of the ‘Gendarmerie Forces’ following an exclusive invitation from the Saint Astier Centre senior management. Colonel Pidoux and Colonel Rougeon personally followed the programme which was specially tailored for Larbre. What’s more, the Team Manager did not hesitate to join his race-hardened drivers in the challenging series of exercises!

All who took part were thrilled with the experience and will look to maintain the energy gained into 2012. All logistical, technical and strategic issues have also been fully explained to the drivers in order to leave nothing to chance.

The Larbre team is now ready to race and headed for the season-opening Sebring 12 Hours primed for success. 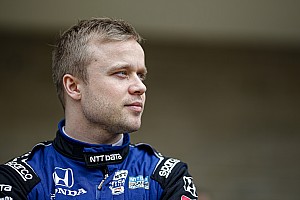