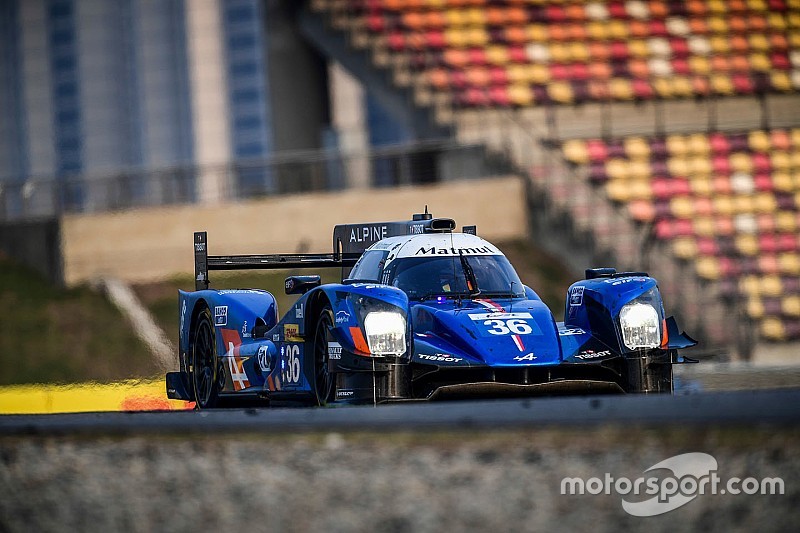 French driver Nicolas Lapierre will continue racing for Signatech-Alpine in the World Endurance Championship's LMP2 class in 2017, it has been announced.

Lapierre drove the #36 Signatech entry alongside Stephane Richelmi and Gustavo Menezes this year, the trio sealing the WEC LMP2 title with a race to spare.

A former Toyota LMP1 driver and a two-time LMP2-class winner of the Le Mans 24 Hours, 32-year-old Lapierre has now been confirmed at the team for another campaign, which will be contested among new-spec LMP2 prototypes.

"Obviously, I'm very happy to pursue my career with Signatech-Alpine. Prior to the 2016 season, I had already had a number of good memories with Philippe Sinault and his team. Twelve months later, and we have added another chapter to our shared history," said Lapierre, who had won the F3 Euro title with Sinault's outfit back in 2004.

"We're going to keep working relentlessly to get to grips with the challenges of the 2017 LMP2s as well as we can.

"I am also proud to keep competing on behalf of Alpine. 2017 looks set to be an intense year and I can't wait to be involved in the events of the next few months."

Signatech team boss Sinault confirmed the team would've liked to keep its title-winning crew unchanged - a plan that was made impossible by driver rating tweaks.

"We would have loved to retain Stephane Richelmi and Gustavo Menezes, but the regulations and the change in status for Gustavo – who becomes a ‘gold’ driver – means that we can't keep both drivers in the same car," Sinault said.