Kubica rules himself out of Manor WEC drive 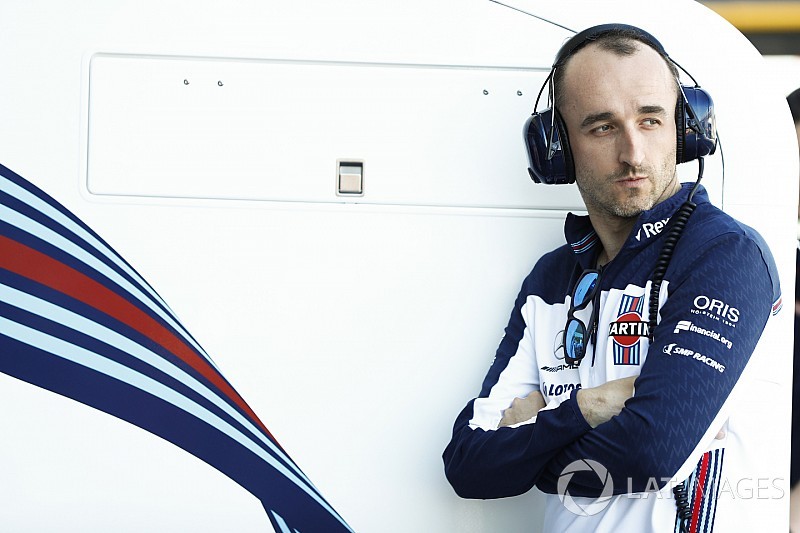 Williams Formula 1 reserve driver Robert Kubica has ruled himself out of a seat with the Manor LMP1 team in the FIA World Endurance Championship.

The Polish driver has tested Manor's first Ginetta-Mecachrome G60-LT-P1 on two occasions over the past six weeks with a view to joining the British team for the 2018/19 WEC superseason, but he has now decided to concentrate on his Williams commitments.

"The tests went quite well, but the problem is time," Kubica said at a press conference in Warsaw organised by his backer, petroleum company Grupa Lotos.

"I will have very little [time], so I decided not to compete in the WEC. I will focus on my role at Williams. During the past 45 days, I've spent two days at home and I don’t really know anymore where home is – I’d love to race but I have to be rational."

Manor sporting director Graeme Lowdon told Motorsport.com: "Robert is a good friend of the team — he helped us out in testing and we gave him the chance to see what the car was like.

"If he was looking to race in the WEC, we'd have have been very happy to have him. His duties at Williams are quite extensive, so I think a WEC programme on top would have been an awful lot of work."

Kubica drove in the two tests, both at the Aragon circuit, that Manor has undertaken since the arrival of its first Ginetta in February.

The team, which has graduated to P1 after two years in LMP2, is planning to run both its Ginettas in next week's official WEC Prologue test at Paul Ricard.

Oliver Rowland and Charlie Robertson, the team's first two signings, are so far the only confirmed drivers for the test.

"The driver line-up is a work in progress, but we may get some of the deals concluded before the Prologue and those drivers could be included in the test," said Lowdon.

Manor has not tested since its second Aragon run earlier this month and its test programme in the lead-up to the WEC opener at Spa on May 5 has yet to be defined.

The inside story of Alonso's Toyota mission