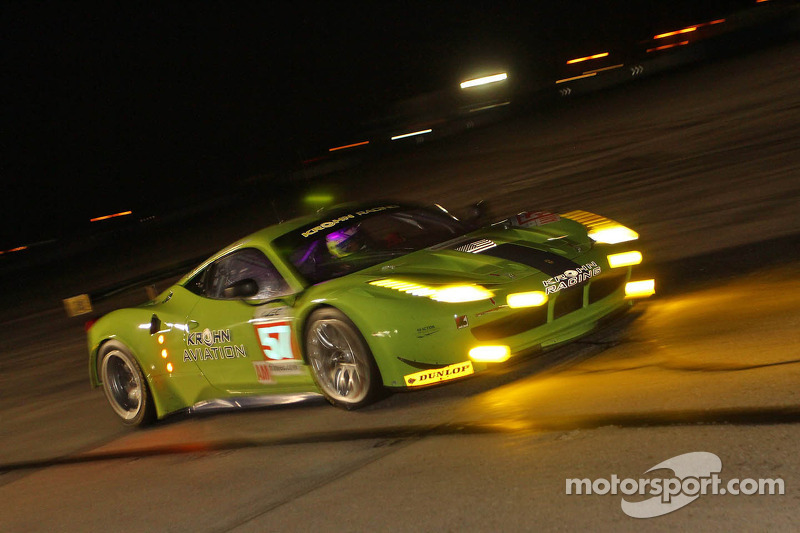 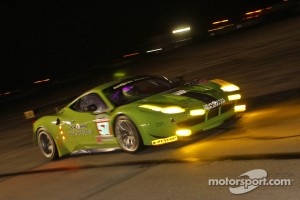 The Krohn team finished fifth in the GTE-Am class in the inaugural outing of the World Endurance Championship and gained 10 points toward the coveted FIA Endurance Trophy for the LMGTE-Am Team Championship. However they were disappointed after a supplier part failure at the five-hour mark cost the Ferrari F458 team a 25-minute pit stop and a loss of 12 laps.

Additionally, owner/driver Krohn locked up the brakes and hit the wall shortly after the seven-and-one-half hour mark, causing a lengthy pit stop of one hour and 11 minutes and a trip to the garage for a splitter and rear suspension replacement.

Although it was not the result Krohn Racing had their sights set on, they walk away with valuable and needed points in their quest for the 2012 WEC LMGTE-Am Team Championship.

TRACY W. KROHN, Krohn Racing Team Owner/Driver, No. 57 Krohn Racing Ferrari F458 GTE-Am: “The car was very quick. We had a failure of the gearshift. I’m not quite sure why yet although I imagine the mechanical know. I just haven’t had a chance to dig into it. Everything was going fine after that. Unfortunately, I was going around Turn 16, which is a blind curve and took it a little too quick and traffic had stopped in front of me on a yellow and I just didn’t catch it in time and took it into the wall. It was my error. The team did a great job putting the car back together and we were able to finish the race and get some points. It was nice to finish the race, although this was not the way we wanted to finish, but at least we got a few points. Now we’ll move on to Spa and beforehand get the gearshift issues figured. I was very impressed with the car. The car is quick. Michele and Nic were very quick. I was pleased with my performance other than making a mental error going around 16. I’m actually very happy to be heading away from here with the points. It could have been a lot worse. It could have been better but it could have been worse. We’ve now got this one behind us and we’ll head for Spa and then onto Le Mans.”

NIC JONSSON, No. 57 Krohn Racing Ferrari F458 GTE-Am: “It was a very disappointing result for us. Obviously we had the speed. The team did a fantastic job as they always do and both Tracy and Michele did a great job in the car. Unfortunately we had a part fail that basically took us out of contention. From that point on it was more like transportation. Then unfortunately, Tracy had an incident, but it had nothing to do with the end result really because we were already out of contention when it happened because of the mechanical issue that should have been solved by a vendor. It’s very disappointing. Now we have to see if we can address that and move on to Spa and the rest of the season. We definitely have the speed, the car, and the team. I think we still have a very good chance of winning the championship if we can get the reliability of the car.”

MICHELE RUGOLO, No. 57 Krohn Racing Ferrari F458 GTE-Am: “I have no words. You know when you have so much power to use and then you gain just a few points, it’s very sad. But we know we are okay. We feel good together – me, Nic, Tracy and the team. The car is quick. We are quick. We are the best three drivers together, I think. We just need to be positive for the future.”

DAVID BROWN, Krohn Racing Team Manager/Race Engineer: “We’re very disappointed to finish fifth. We really felt we had the car and the team to get a much better finish out of today’s race. However, we have been let down by poor reliability again and an incident involving the wall and the right hand side of the car, which further put us back down the field. A great deal of work and investigation will go into the next few weeks in preparation for Spa, where things will be different.”

The next round for the World Endurance Challenge is at the Spa-Francorchamps Circuit in Spa, Belgium on May 5.