Kamui Kobayashi and Kazuki Nakajima finally got their first taste of Toyota’s new Le Mans Hypercar during a test at Aragon this week.

The two Japanese drivers made their belated debut at the wheel of the GR010 Hybrid in what was effectively a replacement for last month’s snowed-off test at the same track.

A Toyota spokesperson said that further testing is planned for between now and the WEC’s official Prologue test, scheduled for the end of March at Portimao.

The first running for the GR010 Hybrid took place at Paul Ricard in October last year, which Kobayashi and Nakajima were forced to miss in favour of the Sugo Super Formula round.

The pair then also skipped the next test at Portimao in December, which took place around the same time as the Fuji Super Formula title decider. 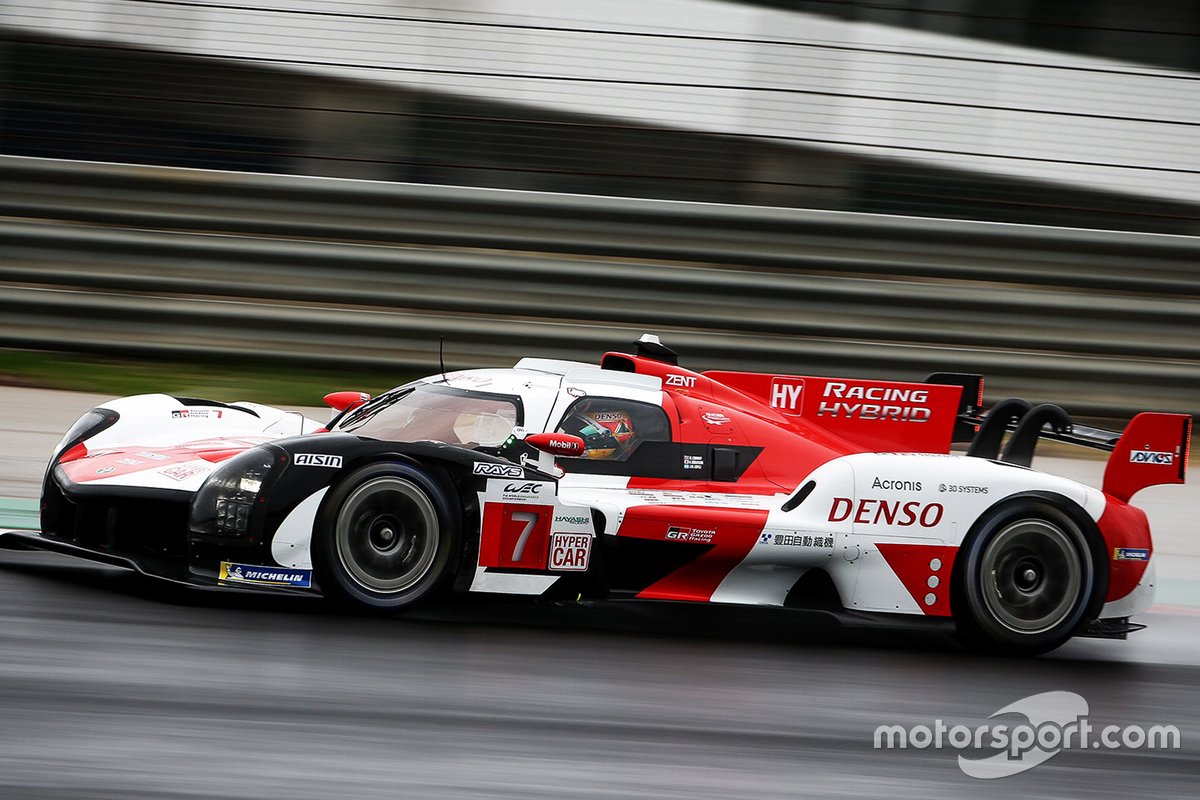 January’s planned Aragon test, abandoned due to heavy snowfall, would have been Kobayashi and Nakajima’s first chance to drive the car had it taken place.

Conway was unable to attend that test, which preceded the official launch of the GR010, due to coronavirus travel restrictions from the UK.

Kobayashi did not to have to quarantine on his way into Spain following his participation in the Rolex 24 at Daytona last weekend with the Action Express Racing Cadillac team.

However, he and Nakajima still face potential headaches with their travel schedules this year as they attempt to combine racing in the WEC with Super Formula for the KCMG and TOM’S Toyota teams respectively.

The Portimao WEC season opener, which replaces the Sebring 1000 Miles, is provisionally scheduled for the same weekend as Super Formula’s Fuji curtain-raiser on April 3-4.

Nonetheless, there are growing question marks over whether Formula 1’s planned Portimao fixture can take place in May owing to the worsening COVID-19 situation in Portugal, which could also disrupt plans for the WEC race to take place there.