From now on, an Asian structure will be lining-up an ORECA 03 LM P2, alongside teams from all over Europe as well as an American squad. Based in Hong Kong, KCMG’s team has decided to run the prototype designed in ORECA’s workshops in 2014. First Chinese team to be on the starting grid of one of the FIA World Endurance Championship’s rounds last year, KCMG has request a full-season entry for the 2014 FIA-WEC and takes up the season to come with ambition.

"We are very pleased to welcome KCMG within ORECA’s family," says Hugues de Chaunac, President of ORECA. "Asia, just like America, is a very important connection to us and I am very proud to see that such a team as KCMG has chosen the ORECA 03 LM P2. Paul Ip and his squad are very ambitious. Our first meetings have been very constructive and positive. Today we are hoping to establish a relationship over time in order to meet high aims. KCMG can make his mark on Chinese motorsports history in endurance. The team intends to conquer endurance and we are determined to support that process. We are hoping that it will be selected as a contestant in the 24 Hours of Le Mans 2014."

"With many teams in Europe, Muscle Milk Pickett Racing in the United States and now KCMG in Asia, the ORECA 03 prototypes are on-track all over the world and have the opportunity to shine through structures based on all continents. The season promises to be passionate in a category which is among the best." 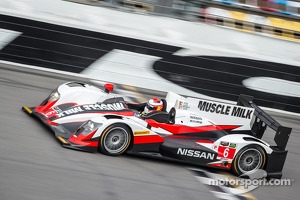 Racing in many competitions in Asia since 2007, KCMG discovered Endurance in 2013. Alongside its line-up in disciplines such as Japanese F3, Formula Nippon as well as different touring cars series, the team funded by Paul IP made his debut in LM P2 at the 6 Hours of Silverstone before a first participation in the 24 Hours of Le Mans. KCMG was also a contestant for the whole Asian Le Mans Series, with two victories, first at the 3 Hours of Inje then at the 3 Hours of Fuji.

"As an Asian-based team, it has always been our objective to expand our motorsport initiatives to a global scale and WEC has given us the opportunity to do so," explains Paul Ip, KCMG Managing Director. "The progress that we’ve shown in the past year since our debut in Silverstone has encouraged us to continue our campaign in Le Mans Prototype racing. Our plan this year is to extend our presence worldwide by committing to the season of the World Championship. More so, we are happy to expand our initiatives in this motorsport discipline with our new partner ORECA. Hughes de Chaunac and his team have been very supportive and we are looking forward to a strong season ahead with them."

OAK Racing with G-Drive Racing in the 2014 championship