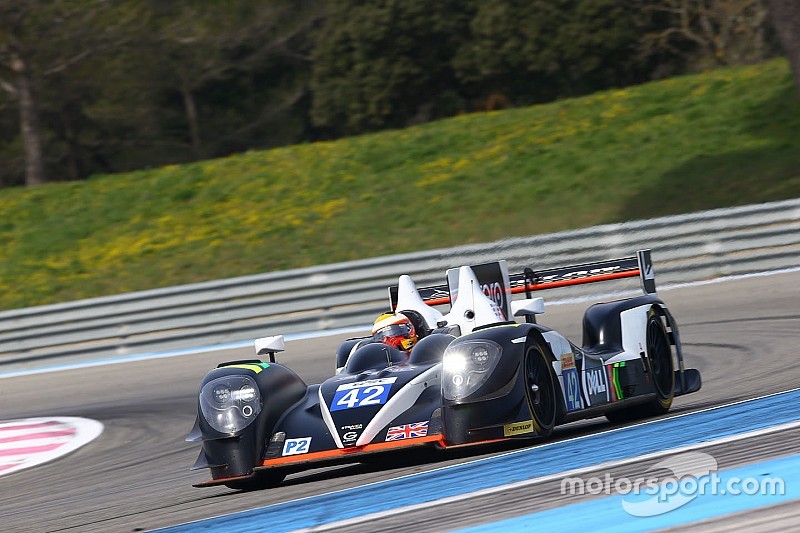 Jonny Kane says he would only support a possible return to LMP1 WEC competition for the Strakka Racing team if there were sufficient other private entries to race with.

After two seasons spent racing as a privateer LMP1 team in the series in 2012 and 2013, Strakka skipped the 2014 campaign in order to develop its bespoke LMP2 class Strakka-Dome S103 contender.

However, this was not selected by the ACO as one of the four approved LMP2 chassis for 2017, prompting the team to abandon the project and revert to a Gibson 015S chassis from last year’s Nurburgring round onwards.

Strakka nonetheless remained committed to competing with its own car, and set out its ambitions to return to the LMP1 class in 2017 with an all-new machine – but these plans were placed on hold in January with the privateer LMP1-L class regulations for next season still to be defined.

This year’s WEC field features just three entries in the class (two from Rebellion Racing and one from ByKolles), although the ACO has restated its commitment to keeping the LMP1 class viable for non-manufacturer teams.

Asked if he looked forward to a potential return to LMP1 competition, Kane told Motorsport.com: “As long as there is competition, because there is no point being the only car in the category.

“I really enjoyed 2012 when we had another HPD [fielded by JRM], the two Rebellions and a car from OAK Racing - so we had quite a few cars and the pace was very similar.

“There were a lot of good races that year, and at the end of the day we want to race against people and have a good battle, which I'm pretty sure we're going to have plenty of this year in LMP2.

“It's going to be absolutely flat out from start to finish, so I’m looking forward to that. If I end up driving a P1 car in the future, fair enough, but I’m just worrying about this year first.”

Kane, however, said he believes there is still a place for privateer LMP1 teams within the WEC class structure, even if making them competitive with their manufacturer counterparts would be a tough task.

“It's difficult because [private teams] are never going to compete with the manufacturers,” added the Ulsterman.

“To make those cars a lot faster the way they are at the moment is still going to cost the teams a lot of money, whether it's reducing the weight or whatever... the fixes to make them faster aren't necessarily cheap options.

“But if there are [private] teams who want go LMP1 racing, obviously they can’t afford to do that up against the manufacturers – so there needs to be a category of some sort.”

Strakka, which has acquired the backing of Dell for the new season, goes into the 2016 campaign with an unchanged line-up of Kane, Danny Watts and team owner Nick Leventis.

Former Red Bull junior Lewis Williamson has joined the Strakka set-up for this season, and will partner Leventis in the team’s new venture into the Renault Sport Trophy series.

But the 26-year-old Scot has made no secret of the fact he hopes to graduate into a full-time LMP2 seat in 2017, having had his first taste of prototype machinery in last year’s Bahrain rookie test.

“I’m here this year for all the [WEC] rounds with the team, just learning what I can and giving as much input as I can to help Nick and the rest of the team,” Williamson said.

“Young drivers realise what opportunity there is here, that if you perform you can have a future – it’s not all about money, talent can overcome that, which you just don’t get in single-seaters now.

“Although I’m not racing in LMP2 this year, that’s the aim for next year.”

Join Strakka on-board for a lap of Paul Ricard:

Calado: I no longer think or care about single-seaters

Neveu: “We must give LMP1 privateers a reason to compete”