Just how fast can the LMP1s go at Le Mans? 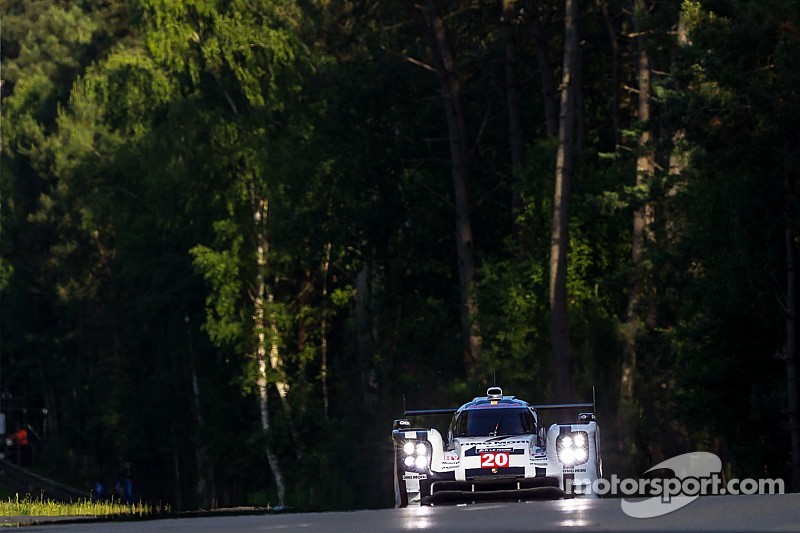 Such has been the pace in the first two WEC races of 2015 that the fastest lap and average speed records are bound to tumble next month at Le Mans, as Sam Smith explains.

If conditions allow at the Le Mans 24 Hours next month, there is little doubt that we will see all-time track records being set on the 8.47 mile version of the track that has been in existence since 2007.

Loic Duval's 3m19.074s fastest ever race lap from 2010 will be blown out of the water if current pace is anything to go by, and the record for overall fastest Le Mans in 2010 (when 397 laps and 3,362 miles were completed) looks vulnerable too, caution periods and weather permitting.

But the real headline-grabbing times will come in qualifying, when the full potential of Porsche’s 919 Hybrid and its 8MJ energy retrieval ‘boost’ should come in to dizzying effect. Stephane Sarrazin’s existing record of 3m18.512s from 2008 should be smashed out of sight.

There is little doubt at this stage that Porsche has an advantage over a single lap. At Le Mans, this is expected to be amplified, and the German manufacturer is confident that it can regenerate the maximum amount of energy over the whole of the 8.47 mile circuit.

Although yet to win a race in 2015, the 919 Hybrid has the necessary attributes to not only be the fastest but also to secure a long-awaited 17th Le Mans victory for the Stuttgart marque.

The Porsche has more power for less weight compared to its predecessor, which is a completely different animal despite the shared model designation. It also has significantly improved vehicle dynamics, which has improved the tyre wear compared with the previous 919 Hybrid.

One of several weapons that Porsche has is the additional ‘push’ of a thermal generator engine, which is positioned on the turbo itself. This recycles the exhaust gas into electricity and thus extra power, and the storage is housed in a lithium-ion battery within the cockpit.

Thermal management of this device is absolutely critical, and while Porsche will have tested the unit over and over again, it remains to be seen how this piece would react if it were an unusually hot race at La Sarthe this year.

The 2015 car also has a new turbocharger, something which the drivers say has reduced lag considerably, while the two-litre V4 petrol engine has also been upgraded for 2015.

This combined package, which will be allocated 4.42 litres of fuel per lap at Le Mans, could be the most spectacular to hit La Sarthe since the unforgettable Nissan R90CK scorched a trail around the first chicane-era iteration of the track at an astonishing 3m27.02s.

The FIA is keeping a close eye on the qualifying performance of the LMP1 cars this year. The governing body imposes strict self-regulatory thresholds for lap times at Le Mans and the likelihood is that the top class will be pegged back for 2016.

The FIA use facilities at the Michelin test track at Ladoux in France, including a high-speed test track to test and validate where the LMP1 cars can make large chunks of time.

Essentially though, they are always chasing the Audi, Porsche and Toyota engineers when it comes to year-on-year incremental aerodynamic development.

What the drivers think is possible

There has been much speculation in the media centres of the WEC so far this season surrounding what might achievable if the conditions are right at Le Mans this year.

The ‘happy hour’ of previous years has been broadened to ‘happy hours’ between the 10pm and midnight phase of one of the qualifying sessions. Some are stating that a 3m10s is possible, but could this seemingly unthinkable lap time actually happen?

Although not wishing to go on record, Motorsport.com asked one driver from each manufacturer what lap time they felt could be achievable. The average estimation was a 3m14s qualifying lap.

This was based on nothing more than what they believed was possible, although the drivers will of course be privy to simulations on optimum lap times thanks to their work with the teams back at base.

Outright speed trap figures should reach the 220mph mark at least this year - last year’s maximum speed on the Mulsanne Straight was calculated at 210mph, set by Benoit Treluyer‘s #2 Audi R18 e-tron quattro during the race itself.

One complete unknown is what the ultra-low-drag Nissan GT-R NISMO LM can achieve through the traps. Apart from its laudable creative engineering, this might be one of the few bright points in what is expected to be a baptism of fire for the Japanese marque.

However, latest paddock talk suggests that the Nissan may not run any energy retrieval at all at Le Mans, after problems with its systems in testing.

Much more will be discovered at the end of the current month when the teams convene for the official test day. The previous quickest achieved here was Sarrazin in the Peugeot 908 in 2008, when he set a 3m22.222s lap. Last year’s best was a 3m23.014s, courtesy of Toyota’s Sebastien Buemi.

Ultimately, whatever the qualifying time turns out to be, the pace will be headline news. For now, we should celebrate and congratulate the engineers that have made sportscars more spectacular and thrilling than at any time in recent memory, sit back and enjoy the theatre of speed that Le Mans 2015 is set to provide.