JOTA drivers have described their 2022 LMP2 title as “amazing” after what they believe was the “most competitive year” of the category in the FIA World Endurance Championship.

The #38 crew never finished off the podium after a relatively tame start to the season in Sebring, with a dominant win at the Le Mans 24 Hours in June easily being the highlight of their campaign.

Such was their points advantage over the rest of the field that the trio didn’t even need to finish inside the top five in the Bahrain finale, but they took a “few risks” late in the race to climb to third at the finish and celebrate their triumph with a podium.

JOTA’s championship’s success came against increased competition in the WEC, with the likes of Prema and AF Corse joining the LMP2 class and previous champions WRT and United Autosports expanding to two cars each.

Speaking after the race, Da Costa felt JOTA’s success in 2022 was made all the more impressive by the quality of the field it was up against in the increasingly-fierce LMP2 division.

“I think staying with the competition itself [is an achievement],” said the Portuguese driver.

“We have an amazing team behind us. We've been together for three and a half years and continuity has been a big part and a big focus of achieving our goal.

“When Anthony [Davidson] decided to retire last year, our first option was Will [Stevens] straight away because I've known Will for many, many years.

“So we just wanted to have the minimum hassles we could have to achieve our goal and the transition was super easy.

“[In] probably the most competitive year in LMP2, to do it the way we did it, winning Le Mans, winning the series, it was amazing. Really happy.” 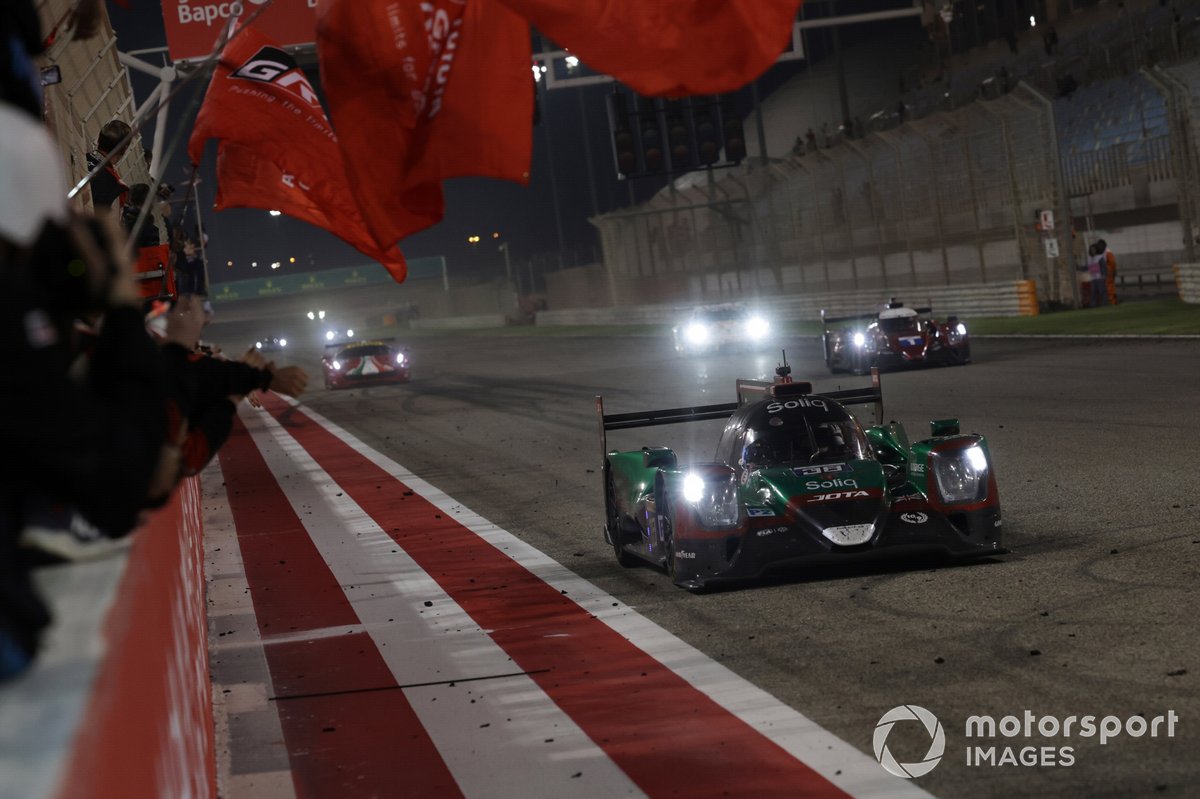 Stevens said he knew JOTA had a good shot at this year’s LMP2 title going into this season, having previously worked with the team in the 2019/20 season when it operated cars under the Jackie Chan DC Racing banner.

“From the very start we knew we had a strong car and a very strong line-up and we believed we could get the results that we did,” he explained.

“We focused heavily on Le Mans. We know there are a lot of points for grabs there and we executed a perfect race there. That really set us up nicely.

“Coming away with five podiums out of six I think that's what championships are built [on]. I think we showed a lot of consistency this year.

“Huge credit goes to the team. This year it's been really good and we really stepped up our game and I think that shows in the results.”

Although JOTA had scored two class wins at Le Mans prior to this year and even stood on the overall podium before, 2022 marked the first time it was able to clinch the LMP2 championship at the end of the season.

Gonzalez hailed the entire squad for finally being able to achieve its goal in 2022 after coming close to the title multiple times during its history in the WEC.

“It's been a dream come true season,” said Gonzalez, who served as JOTA’s designated silver driver.

“I'm so proud to be next to these two guys [da Costa and Stevens]. I want to thank these two guys for the mega effort they did, the mega drive they did. Also, JOTA, all the members, all the engineering.

“We put a lot of effort going into this season. We've been with them for three years now working really hard for this. It was close previous years, the last two years, three years it has been close, but never a season like this one.”

Alpine won't use F1 engine as basis for 2024 LMDh contender