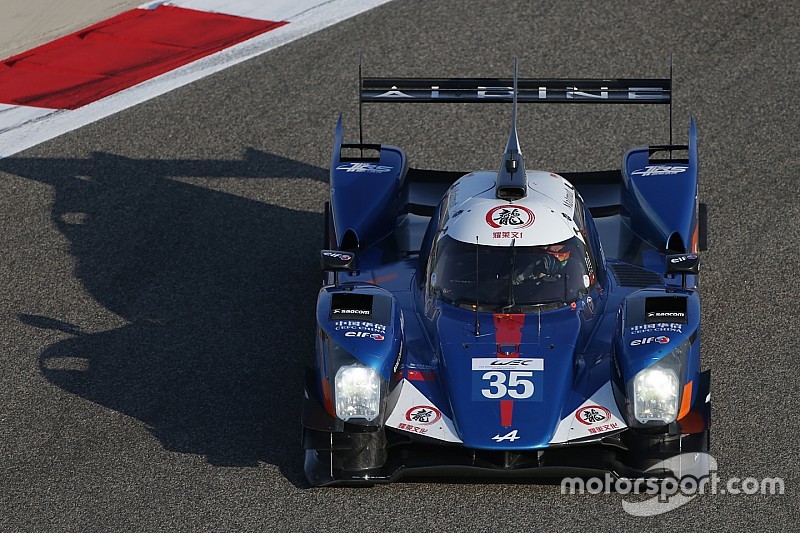 Jota Sport has announced it is teaming up with Chinese team DC Racing for a two car assault on the LMP2 class of the FIA World Endurance Championship.

Ahead of Thursday's unveiling of the WEC and Le Mans 24 Hours entry lists, long-time LMP2 entrant Jota has confirmed it will be fielding a pair of Oreca 07s under the Jackie Chan DC Racing banner.

DC Racing's 2016 entry was operated by the Signatech Alpine squad last year, while Jota ran the G-Drive-backed car that won three races in the hands of Roman Rusinov, Alex Brundle, Will Stevens and Rene Rast.

David Cheng and Ho-Pin Tung, who shared DC's 2016 entry with Nelson Panciatici and later Paul-Loup Chatin, will respectively lead the Chinese team's #37 and #38 entries this season, with the remaining four drivers yet to be announced.

“I am very excited that our team Jackie Chan DC Racing has joined forces with Jota Sport to create what I believe will be a very strong squad for 2017 in the FIA World Endurance Championship," said Cheng.

"I have already got a very good feeling that I and our partners will enjoy racing alongside Sam Hignett, David Clark and all the team at Jota Sport.

“I think the knowledge that we gathered last season in the FIA WEC and the great results we enjoyed in the Asian Le Mans Series allied to the experience of Jota Sport will be a very potent combination this season.

"We will be aiming to grow the Chinese team further and ensure that it remains a force in international endurance racing for many years to come.”

Jota team director Sam Hignett added: "This new alliance will ensure we can carry the momentum that both squads had from 2016 into the current campaign and continue the winning ways which saw such a successful end to last season.

“Jota Sport has a proud history as a winning endurance racing entity, but we also have a very strong heritage of working with other ambitious teams and partners.

"I am delighted to be working with Jackie Chan DC Racing this season and am confident we can taste considerable success together.”

The announcement follows Wednesday's news that Jota will not defend its title in the European Le Mans Series, following Simon Dolan's decision to step back from sportscar racing.