Le Mans 24 Hours winner Neel Jani has revealed he has yet to conclude a new contract with Porsche and is talking to other manufacturers about the new LMDh category.

By:
Gary Watkins
Co-author:
Rachit Thukral
Listen to this article

Jani told Motorsport.com that he had "no option" but to pursue other opportunities while an extension of his deal with Porsche dating back to 2013 has not been agreed.

"Staying with Porsche is my number one priority, because I have had great history and great success with them," said the 37-year-old Swiss, who won the Le Mans 24 Hours and the FIA World Endurance Championship crown with the German manufacturer in 2016.

"And who would have thought that in my first full year of GT racing I would have been fighting until five laps from the end of the season to be GTE Pro champion? But I'm definitely looking to 2023 and LMDh now.

"Driving Porsche's new LMDh is clearly my top target, and we are discussing that, but as long as it is not signed I have to keep my options open and look at other possibilities."

Jani confirmed that he is talking to other manufacturers with already-confirmed LMDh programmes for the WEC and the IMSA WeatherTech SportsCar Championship without naming which.

He also revealed that he is exploring options to return to the prototype ranks next year in LMP2 as he gears up for the arrival of LMDh.

"P2 is something I am interested to get back into prototypes before 2023," he said.

He explained that a P2 programme, rather than racing for a second season in GTE Pro in the WEC could be a possibility if he remains with Porsche. 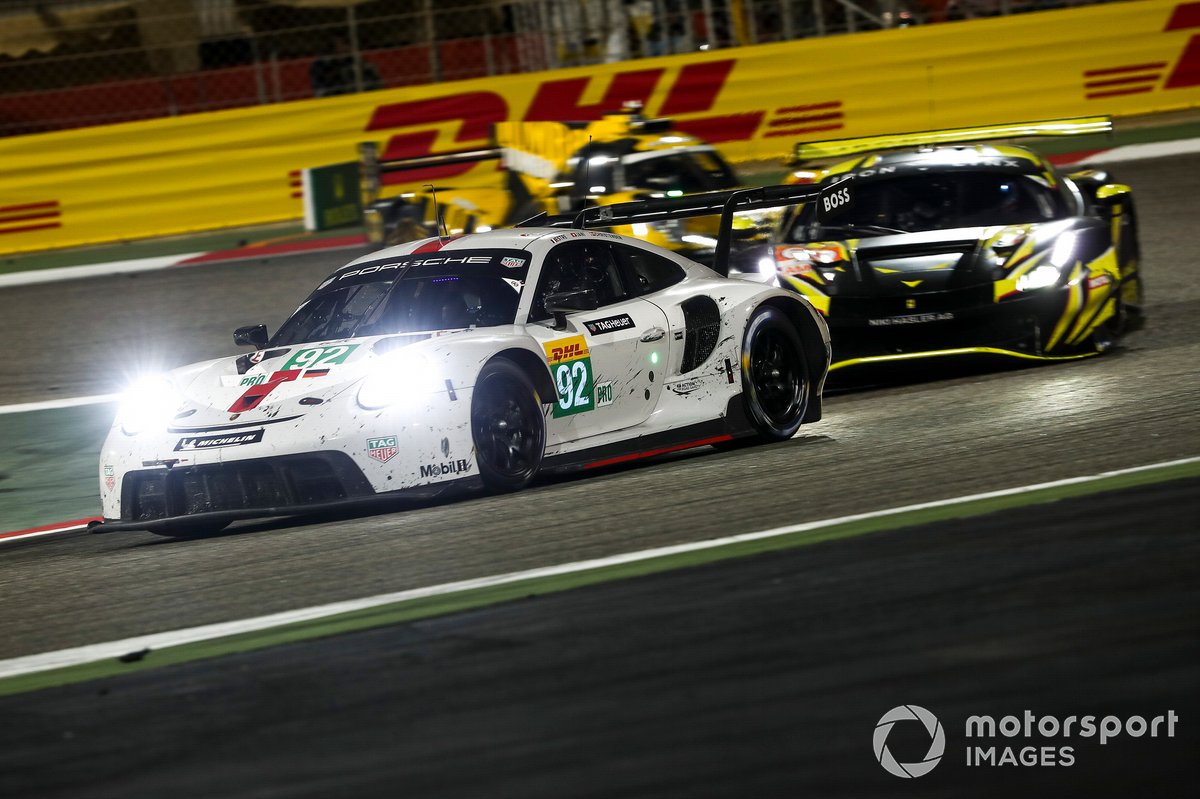 Porsche has yet to confirm drivers for its return to the prototype arena in the WEC and IMSA with the Penske factory team as well as customers running its new car.

It is set to assemble a large roster of drivers for its LMDh programme, some of whom will race the two cars Penske will run in each of the WEC and IMSA series and some who will be placed with privateer teams buying its new prototype.

Jani joined Porsche ahead of the start of the 919 Hybrid LMP1 programme in 2014 and claimed the Le Mans/WEC title double with Romain Dumas and Marc Lieb two years later.

He remained under contract with Porsche when he raced for the privateer Rebellion P1 squad in the WEC through the 2018/19 superseason.

The Swiss was subsequently part of its Formula E programme in 2019/20 prior to moving back to sportscars for 2021 in GTE Pro.

Porsche remains committed to continuing in GTE Pro in next year's WEC before the arrival of its LMDh, which is scheduled to begin testing before Christmas this year.