The entry list for the second 6-hour race of the 2012 FIA World Endurance Championship at Silverstone will feature thirty-seven cars, with 23 prototypes and 14 GTE entries for the 6 Hours of Silverstone on Sunday 26 August.

The entry list is headed by the #1 Audi R18 e-tron quattro of Andre Lotterer, Marcel Fässler and Benoit Treluyer, who swept to victory at the 24 Heures du Mans in June, the second Le Mans win in a row for the trio and a historic first for a hybrid car. Audi will be fielding two cars at Silverstone, the second for Allan McNish and Tom Kristensen, who switch to the Audi R18 Ultra for the British round of the world championship. Dindo Capello will not be joining McNish and Kristensen, the Italian retiring from international racing for Audi after 19 successful years.

Facing the two Audis will be the single Toyota TS030 Hybrid of Alex Wurz, Nicolas Lapierre and Kazuki Nakajma. Toyota will arrive in Silverstone buoyed by the performance of the TS030 on its Le Mans debut which saw the Japanese manufacturer take the battle to Audi and lead the race in the first quarter of the 24 Hours encounter. A high speed crash for the #8 Toyota and technical problems for the #7 put both Toyotas into retirement but with the race at Silverstone being only a 6-hour race Toyota will be hoping that the speed shown at Le Mans can be maintained in the UK.

There are four further LMP1 entries, including the British teams Strakka Racing, with an all British line up of Danny Watts, Jonny Kane and Nick Leventis, and JRM, with David Brabham, Karun Chandhok and Scotland’s Peter Dumbreck. The two teams will be hoping that home advantage will see them take the fight to the dominant Rebellion Racing Lola Toyotas in the FIA Endurance Trophy for LMP1 privateer teams contest. 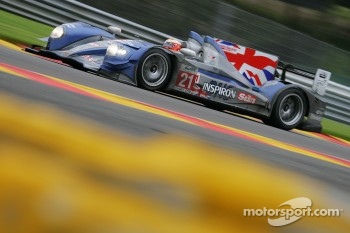 The largest class, with 16 entries, is LMP2. Starworks Motorsports will be looking for another victory after their class win at Le Mans and overall 3rd place in Sebring. Stephane Sarrazin rejoins Enzo Potolichio and Scotland’s Ryan Dalziel in the HPD-Honda. Two British teams will field cars with two Zytek-Nissans run by Greaves Motorsport with former Sportscar World Champion and F1 commentator Martin Brundle racing with son Alex once again in the #42 car. The ADR-Delta team is based at Silverstone and the Oreca-Nissan it sure to be in the running for top honors at the team’s home track.

Two famous British manufacturers also have entries in LMP2 with two cars for the Lotus team, with Britain’s James Rossiter driving the ##32 black and gold liveried car, and Oak Racing entering two Morgan-Nissans in the class. Three further British drivers will be on the LMP2 grid, with Warren Hughes and Jody Firth joining New Zealander Brendon Hartley, in the #48 Murphy Prototypes Oreca Nissan and Alexander Sims racing in the nr30 Status GP Lola-Judd.

Leading the way in the GTE class is the three entries by Aston Martin Racing. In the LMGTE Pro class Britain’s Darren Turner, along with Stefan Mücke and Adrian Fernandez, will endeavor to improve on their 3rd place at Le Mans in June. AMR are also entering two cars in the LMGTE AM class, with the nr99 car featuring reigning British GT Champion Andrew Howard, who also was the team boss of the Beechdean Mansell Motorsport LMP1 entered car in the 2010 24 Heures du Mans for British racing legend Nigel Mansell.

In LMGTE Pro the Aston Martin will face stiff opposition from the two AF Corse entered Ferraris, the #51 458 of Giancarlo Fisichella and Gianmaria Bruni, fresh from their class win at Le Mans, the #71 AF Corse Ferrari of 2010 FIA GT1 World Champion Andrea Bertolini and Olivier Beretta, the Luxury Racing Ferrari 458 of Frederic Makowiecki and Jaime Melo and the Team Felbermayr-Proton Porsche of Richard Lietz and Marc Lieb. 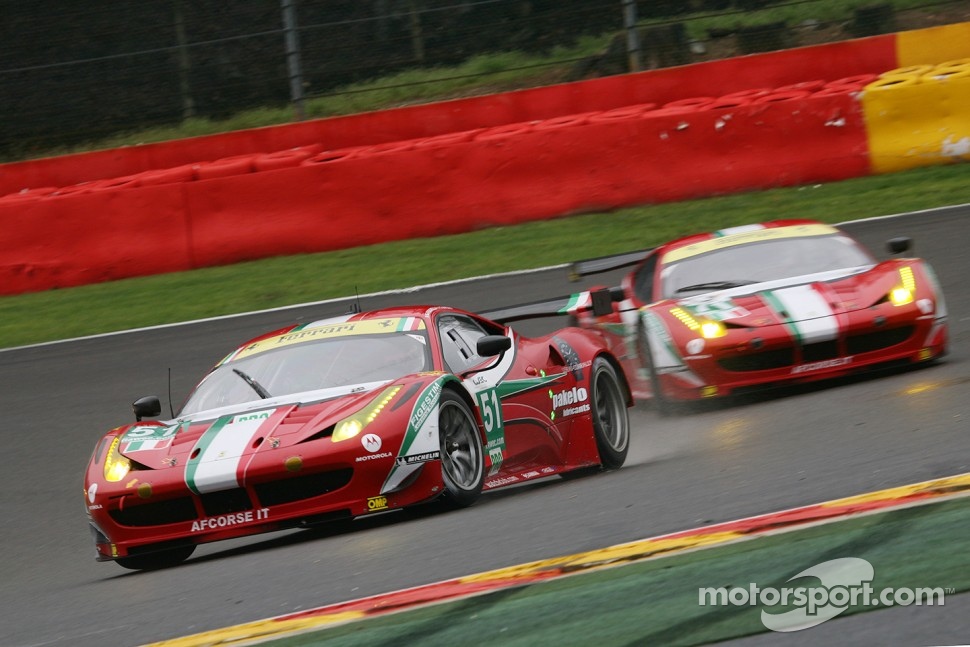 In LMGTE Am Larbre Competition won the class at Le Mans with the #50 Chevrolet Corvette C6-ZR1 and will try to maintain the pace at Silverstone against eight further entries. British team JWA-Avila will be running their Porsche 911 RSR for Britain’s Paul Daniels, Finland’s Markus Palttala and Swiss driver Joel Camathias. As well as the two Aston Martin’s the LMGTE Am grid will include three Ferrari 458s run by Krohn Racing, Luxury Racing and AF Corse-Waltrip. Larbre Competition will run a second Corvette and the Team Felbermayr-Porsche for Sebring class winners Christian Ried, Gianluca Roda and Paolo Ruberti concludes an impressive line up for the fourth race of the 2012 FIA World Endurance Championship.

Pierre Fillon, President of the ACO, said: “The 6 Hours of Silverstone is an important event on the calendar for the FIA World Endurance Championship as motorsport is a very strong and vital part of the sporting tradition in Great Britain. I am very pleased to see 37 entries for this race, especially at a time when other championships are seeing grid sizes getting smaller. At Le Mans in June we announced the new 2014 regulations which will be central to endurance racing for many years to come. The emphasis is on renewal energy and linking endurance racing to the development of new technologies for road cars. You can see that new technology on the grid now with the two hybrid LMP1 contenders from Audi and Toyota and I’m sure Toyota will build on the successful debut of their cars at Le Mans and take the fight to Audi at Silverstone. ”

Gerard Neveu, CEO of the FIA World Endurance Championship, said: “The 6 Hours of Silverstone is the final European round of the 2012 Championship and I am pleased to see an even larger grid than we had at Sebring and at Spa. British manufacturers have also played an important role in endurance racing over the years with Aston Martin, Lotus, Morgan, Lola and Zytek will be represented on the grid at Silverstone. We have six British teams and no less than sixteen British drivers for local fans to cheer for on the 26th August, with Allan McNish looking to add the FIA World Endurance Driver’s Championship to his impressive CV at the end of the season. The 6 Hours of Silverstone will be a great family weekend, with the Spirit of Le Mans seen in every corner of the paddock and spectator areas.”