Graff moves up to LMP2 with Oreca 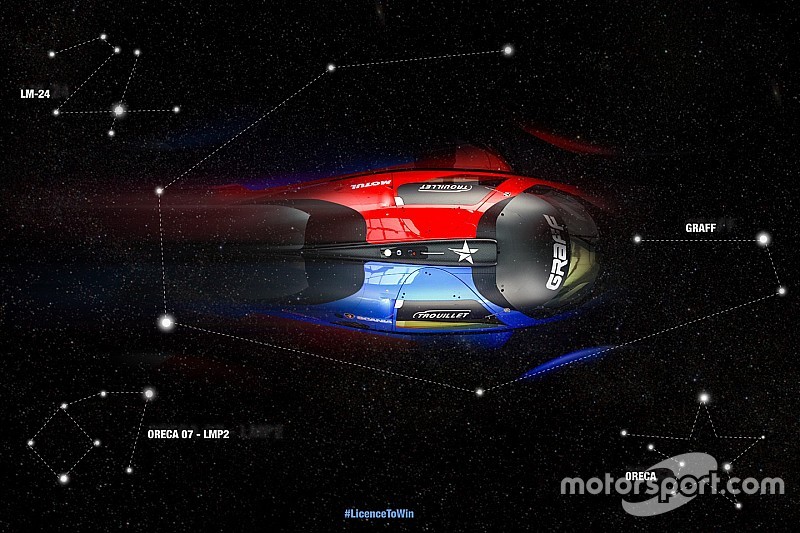 The French Graff Racing team will step up to LMP2 with a new Oreca coupe next season, and has targeted a Le Mans debut in 2017.

The team, however, is yet to decide which championship it will compete in full-time in 2017.

"The LMP2 class has always been a dream for us, it's a very professional championship with strong competition," said team manager Pascal Rauturier.

"The circuits are varied and very interesting. At the moment, we haven't decided yet which championship we will take part in.

"We already have international drivers interested in participating in the American round of the FIA WEC," continued Rauturier.

"Ideally we, team and drivers, would love to be at the start of the 24 hours of Le Mans in 2017 for which we are going to submit an entry application."

Graff, based close to Orly airport on the outskirts of Paris, is racing in both CN and LMP3 this season.

The promotion to LMP2 with Oreca sees them as a confirmed customer of the new Oreca 07 Coupe LMP2 car. All LMP2 entries from 2017 onwards will race with a spec Gibson Technology V8 engine.

Existing customers of the Oreca 05 chassis, which number among them Manor, G-Drive, Signatech Alpine, KCMG, Eurasia and TDS, will be able to upgrade to a 07 spec with a bespoke update kit.

The Dragonspeed team has also indicated that it will race two Oreca 07 designs next season.

Manor down to single entry for Mexican WEC round

Porsche motorsport in Mexico – inspiring for more than 60 years