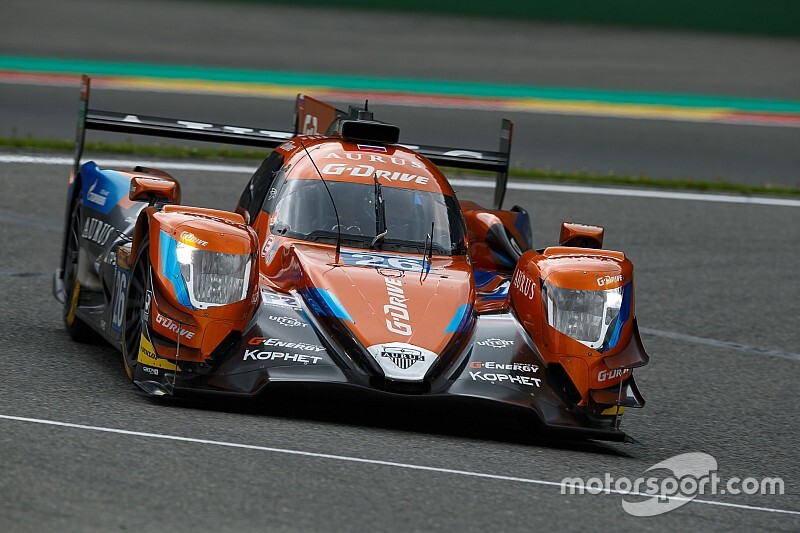 G-Drive Racing will return to the FIA World Endurance Championship fold at next month’s bonus points round in Bahrain, it has been confirmed.

It will be the first WEC outing for the multiple European Le Mans Series title-winning outfit since this year’s Le Mans 24 Hours, where it finished sixth in the LMP2 class.

It brings the LMP2 entry up to nine for the Bahrain race, while the total size of the grid remains at 31 cars as the GTE Am field returns to its usual tally of 10 cars.

The news of G-Drive entering the Bahrain race follows the announcement that it will contest the 2019/20 Asian Le Mans Series season in conjunction with Algarve Pro Racing with an Aurus 01 for Rusinov, Leonard Hoogenboom and James French.

Elsewhere on the Bahrain entry list, Team LNT has yet to confirm its line-up for its two Ginetta G60-LT-P1s, but two-time American Le Mans Series champion Chris Dyson is expected to make his WEC debut with the team after missing the opening three rounds.

It's unclear who Dyson will replace on the Ginetta roster, but Jordan King, Ben Hanley and Egor Orudzhev are all understood to be on race-by-race deals.

Dempsey-Proton Racing has yet to confirm who will join Thomas Preining in the #88 Porsche 911 RSR. In Shanghai, Will Bamber - brother of factory Porsche racer Earl - and Angelo Negro partnered the Austrian driver, giving the car a third different line-up in as many races.

Peugeot will return to Le Mans with new hypercar entry

Opinion: Peugeot news is the shot in the arm WEC needed