Fuji WEC race brought to halt due to fog 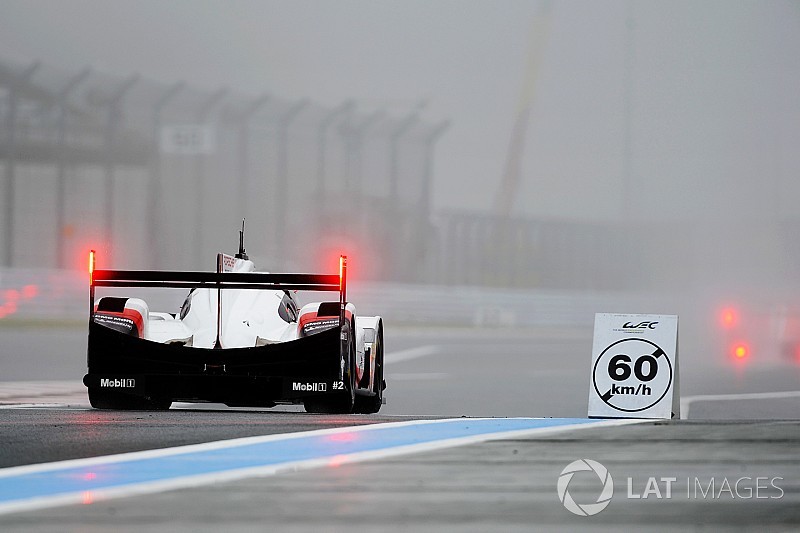 The Fuji round of the FIA World Endurance Championship has been red-flagged after little more than an hour because of fog.

The race had been neutralised for just over 15 minutes when visibility decreased on the start-finish straight and the race was stopped with four hours and 42 minutes left on the clock.

Cars have been lined up on the start/finish straight in preparation for a restart, which is scheduled for 12:50 local time.

The order was headed by Earl Bamber in the #2 Porsche 919 Hybrid when the red flag was shown.

The leading Porsche was the only LMP1 car not to have pitted and was shown with a 27-second lead after 39 laps of running.

Bruno Senna leads LMP2 in the best of the Rebellion Oreca-Gibson 07s.

Richard Lietz is ahead in GTE Pro in the #91 Porsche 911 RSR, while Mok Weng Sun leads GTE Am in the Clearwater Ferrari 488 GTE.

The race started behind the safety car courtesy of the wet conditions, but was called in after five laps, although a slow-zone 80km/h speed limit remained in place for the length of the start/finish straight.