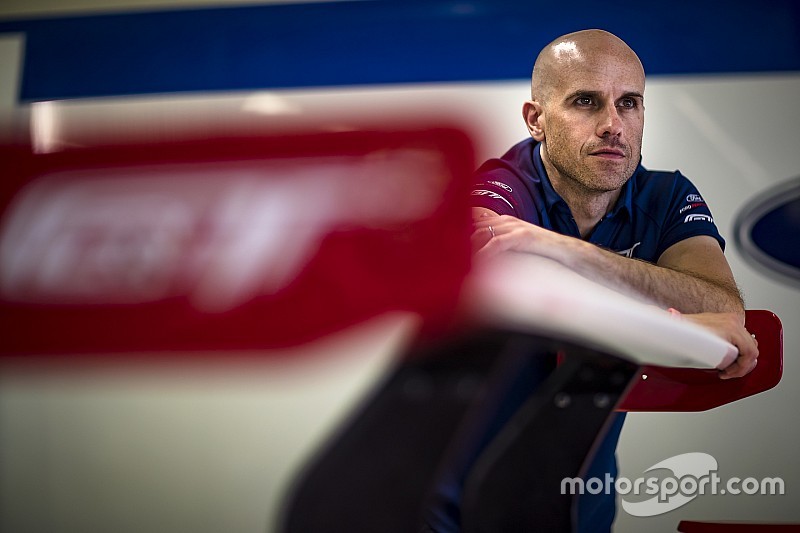 The Ford GT squad has dropped Marino Franchitti from its line-up for the final three rounds of the FIA World Endurance Championship, it has been announced.

Andy Priaulx and Harry Tincknell will therefore share the #67 car between them for next month's 6 Hours of Fuji, along with the remaining races at Shanghai and Bahrain.

The sister #66 machine will continue with an unaltered line-up of Olivier Pla and Stefan Mucke.

Franchitti was unveiled as one of Ford's four primary drivers during its official WEC launch in January, being paired with Priaulx in the #67 car before Tincknell was added to the roster ahead of the season opener at Silverstone.

Tincknell's deal was then extended for the entire season after Le Mans, leaving the #67 car with the disadvantage of being the only car in the seven-strong GTE Pro field to run three drivers.

An official spokesperson from the team confirmed: "We believe it is faster to run a two-man crew for the six-hour WEC races."

Ford's decision to drop Franchitti means all seven cars in the class will now only use two drivers for the rest of the season, and follows Aston Martin's decision to axe Jonathan Adam and Fernando Rees from its full-time line-up ahead of the Nurburgring race.

Ferrari's works cars and the Dempsey-Proton Porsche have ran with only two drivers from the outset, while Billy Johnson's deal to race the #66 Ford with Pla and Mucke expired after Le Mans.