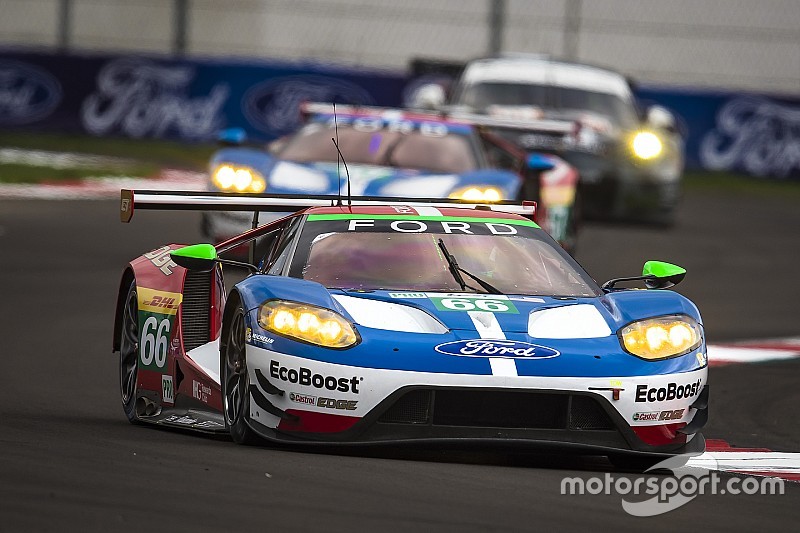 Austin, Texas – The Ford Chip Ganassi Racing team heads to the U.S. this weekend where the Ford GTs will compete in a thrilling double-header of world class racing at the Circuit of the Americas in Austin, Texas.

Ford will run all four Ford GT race cars at the Circuit of the Americas this weekend, albeit in separate races. The two WEC cars compete in the FIA World Endurance Championship race and the two IMSA cars race in the WeatherTech SportsCar Championship. Keen-eyed viewers will notice that the two WEC Ford GTs are numbered #66 and #67 as indeed are the two IMSA Ford GTs.

“It will be great to have the whole team together again and on home soil for the first time since Le Mans,” said Dave Pericak, Ford Performance global director. “Both the IMSA team and WEC team are now heavily into their individual championship battles so they will both be focused on taking maximum points from COTA.”

The IMSA WeatherTech SportsCar Championship kicks off the racing on Saturday afternoon before the six-hour FIA World Endurance Championship race begins in the evening and runs into the night.

Opened in 2012, the Circuit of the Americas is a purpose-built racing facility boasting a 20-turn, Herman Tilke-designed circuit. It is one of only two circuits on the WEC calendar that runs anti-clockwise, Fuji in Japan being the other and it features a fantastic run up a steep hill to Turn 1.

“COTA is a great track,” said Franchitti. “The first sector is a great challenge, with the uphill stretch to Turn 1 then the run into the Esses. The configuration should suit us as it has a lot of fast, flowing corners. They really know how to put on a good event at COTA too. I was there but on the other side of the fence in 2013 and I saw first-hand what an incredible event it is for the fans, especially as they can watch first the IMSA and then the WEC race on the same day.”

On the other side of the Ford Chip Ganassi WEC garage, Olivier Pla shares the #66 Ford GT with Stefan Mücke.

“I raced at COTA in 2013 and 2014 and I love the track,” said Pla. “It will suit us with all those high speed corners so I’m looking forward to this one. The fans in the U.S. love the sport and every year this event gets better. Austin is also a great place to go; it’s one of my favourite cities in the U.S. as it has such a good atmosphere. It would be great if we could win there as we are racing for an American manufacturer!”

The WEC cars will take to the track at COTA on Thursday, September 15th at 14:45 (local time) for the first free practice session. GTE Qualifying is on Friday, September 16th at 17:45 and the ‘6 Hours of COTA’ will get underway at 17:00 on Saturday, September 17th and race into the night.

Davidson on course for Toyota WEC return at COTA