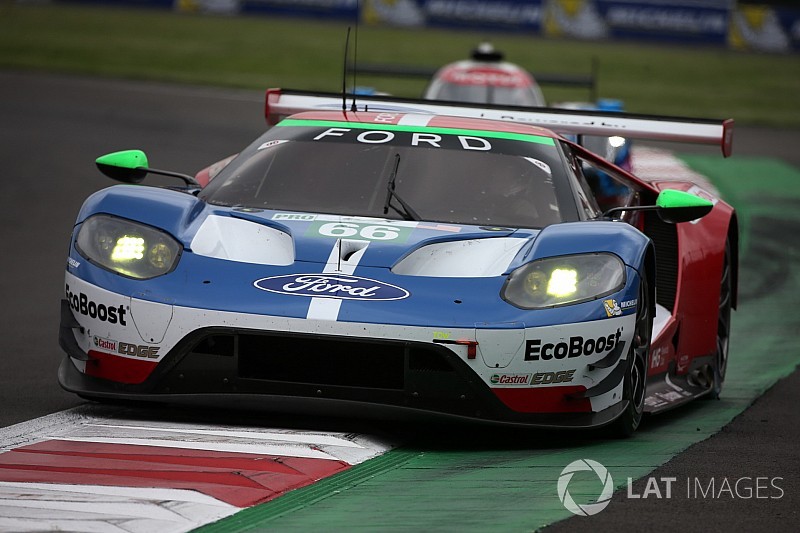 Greatworth, U.K. – There are just three races to go in the fight for the 2017 FIA World Endurance Championship and the Ford Chip Ganassi Racing team is planning on a return to the podium after three tough races in Germany, Mexico and the U.S.

Held at Fuji Speedway, in the foothills of the revered Mt. Fuji, the Japanese race was the scene of a brilliant 1-2 victory for Ford Chip Ganassi Racing in 2016. The #66 Ford GT of Stefan Mücke (GER) and Olivier Pla (FRA) started the race from pole position, but it was the #67 GT of Andy Priaulx (GB) and Harry Tincknell (GB) that took the victory, closely followed by the sister car.

“Fuji is indeed a track that suits the Ford GT, it certainly suited us last year!” said WEC Team Principal, George Howard-Chappell. “A lot can change over the course of the year though, so we are not making any assumptions about our performance at Fuji this time out. That said, we are optimistic and we will be pushing as hard as ever to earn some big points in Japan.”

Last year was the first visit to Fuji for both Tincknell and Priaulx, who return in 2017 as contenders for the GT FIA World Endurance Drivers Championship with a six-point lead at the top of the standings.

“I have great memories from Fuji after last season and taking Ford's first win there with the Ford GT was a very special moment,” Tincknell said. “It was the first time at the circuit for Andy and me, but despite lacking experience we got up to speed quickly and the circuit's fast and flowing nature really suits the Ford GT.

“Last year we were just fighting for race wins at this stage of the season, but it's very different this time around. We've led the World Championship from the very first round at Silverstone and the whole team is giving everything we've got to secure the title. We've got fierce competition but we believe we can do it! The last three races have been tough but we know we're strong at Fuji from last year, and we've had a very good test since COTA so we travel to Japan with high hopes.”

Tincknell and Priaulx faced the toughest competition from the other side of the Ford Chip Ganassi Racing garage last year as Pla and Mücke gave them no breathing space in what became a 6-hour sprint to the chequered flag.

“Obviously we are going to Fuji with very high expectations,” Pla said. “Last year the Ford GT was very competitive over there with a pole position for our #66 car, and we enjoyed a great battle with the #67 Ford GT, which saw us running bumper-to-bumper for six hours.

“The track itself is a combination of fast and very slow corners, like sector three, which is very slow but very technical. I really like turns three, four and five as they are quite fast and technical at the same time. Our car goes well at Fuji so let’s hope we have a successful weekend.”