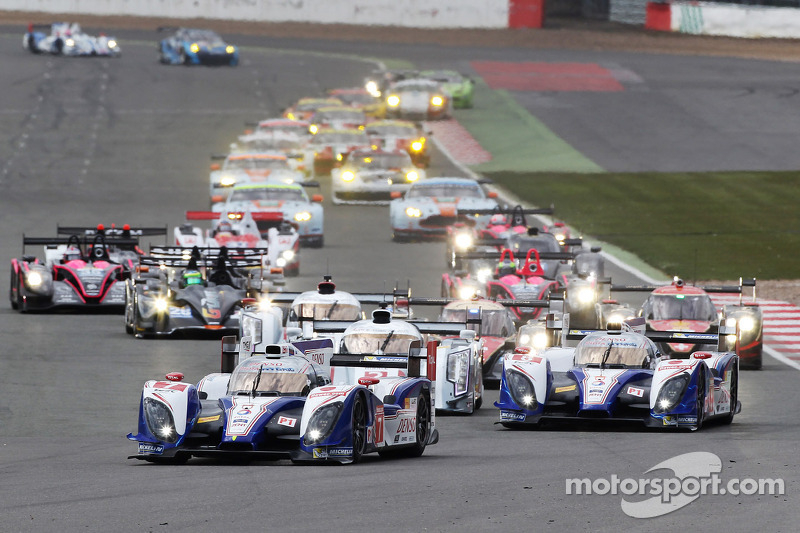 With the date for the Japanese Grand Prix at Suzuka finally being confirmed as the 5 October, the 6 Hours of Fuji, which is Round 6 of the 2014 FIA WEC, will now take place on the 12 October, one week after the F1 event in Japan.

In addition the 6 Hours of Shanghai will become a three day event and this means Round 7 of the FIA WEC will now take place on Sunday 2 November.

There were other decisions confirmed by the FIA World Motor Sport Council and these were:


1. Following the adoption of the 2014 LMP1 technical regulations, a system of “Equivalence of Technology (EoT)” between the LMP1 technologies will be implemented. Two periods of adjustment of the technical parameters have been set in place. A first transitional period of adjustment will run until the 2014 Le Mans 24 Hours.

During this period, the manufacturers will be asked to send data to the FIA (in December 2013 and February 2014) projecting what they will be capable of implementing during the 2014 Le Mans 24 Hours. During a second period, after the first three events following the 2014 Le Mans, the data will be measured again and adjusted for one year, until the 2015 Le Mans event.

The EoT rules and system of penalties in case of infringement will be managed by the Endurance Committee.

2. The sporting regulations will be amended in order to incorporate any modifications resulting from the introduction of the new LMP1 technical regulations, such as a new scale of penalties in order to introduce penalties which are consistent and graded to the severity of the technical infringement.

3. A new FIA Endurance Trophy has been created and will be awarded to the best private LMP1 team driver(s), assuming at least three cars are entered for the season.

4. ACO and GT representatives will form a collaboration from 2014 to harmonise the categorisation of GT drivers in both the WEC and GT Series.