Ferrari of Basov, Bertolini and Shaytar conquers the Nurburgring 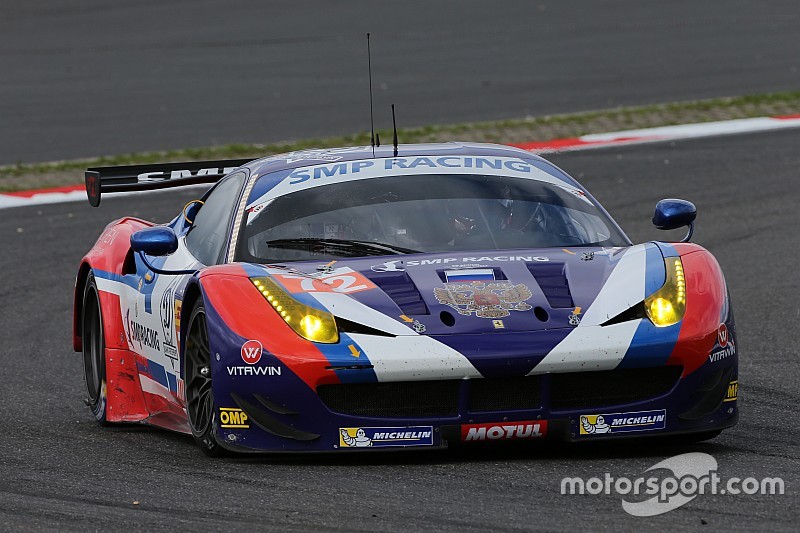 Third place for car no. 71 driven by Davide Rigon and James Calado. Bad luck for "Gimmi" Bruni and Toni Vilander who still manage to finish in seventh.

Nurburg, 30 August – The crews of the Ferrari customer teams clinched a win and two podiums at the 6 Hours of Nurburgring on Sunday. The Maranello cars did less well than hoped for in the GTE-Pro, while recording excellent results in the GTE-Am where SMP Racing, the winning team at the Le Mans 24 Hours, repeated their success in Germany today.

Starting from the front row, the GTE-Pro class Ferraris easily held onto the top two positions. However, after seven laps the 458 Italia no. 51 of AF Corse team driven by "Gimmi" Bruni suddenly had the wind taken out of its sails. The world champion was forced to pull off track, but did eventually manage to reach to the pits where his electronics problem was fixed.

From then on Bruni and Toni Vilander did their best to pull back and in the end finished with a seventh place. Car no. 71 returned to the pits during a neutralisation of the race, due to the failure of no. 51 and slipped to second place behind Porsche no. 91 of Lietz-Christensen.

Halfway through the race, Calado and the driver of Porsche no. 92, Frederick Makowiecki, fought a long battle that ended when the German car collided with him at the start of a neutralisation phase. Calado lost nothing there thanks to the full course yellow, but as a result of the incident Rigon suffered a puncture shortly after and the Ferrari had to give second place to car no. 92. However, this third place secured important points in the drivers, teams and manufacturers championships.

Their triumph at the Le Mans 24 Hours had obviously given a real boost to the crew of Ferrari 458 Italia no. 72 of SMP Racing team, who were among the leaders throughout the entire race and in the end managed to repeat their recent success in the French classic marathon race. Andrea Bertolini played a brilliant part in this with his decisive overtake of Aston Martin no. 98 on the first bend.

In the last stint the Italian handed the car to Viktor Shaytar who completed a number of fine laps to consolidate first place taking further advantage on the car driven by Dalla Lana-Lamy-Lauda. AF Corse's car no. 83 completed Ferrari's podium celebrations coming home in third place, after a great drive by an in form François Perrodo, who twice overtook Patrick Dempsey and his Porsche. The championship resumes in three weeks with the 6 Hours of the Circuit of the Americas in Austin, United States.