Ferrari has hit out at the change in the Balance of Performance in GTE Pro for this weekend's first leg of the World Endurance Championship double-header in Bahrain.

The Italian manufacturer has claimed that the revisions are outside of the remit of the automatic BoP system employed in GTE Pro since 2017.

Changes to the turbo boost curve for the Ferrari 488 GTE Evo ahead of Saturday's Bahrain 6 Hours have robbed the car of 25bhp in comparison with the Monza round in July, it insisted.

The maximum change in engine power allowed between races under the auto BoP is 10kW or 13.5bhp.

Monza was the last WEC round at which the auto BoP was in force as it is not used for the Le Mans 24 Hours because of the unique characteristics of the 8.47-mile Circuit de la Sarthe.

A statement from Ferrari, which leads the WEC GTE Pro manufacturers' points and the drivers' standings with James Calado and Alessandro Pier Guidi, said that the marque "will be forced to adopt a defensive strategy following the announcement of new Balance of Performance parameters that overrule the automatic BoP".

"This notwithstanding, Alessandro Pier Guidi and James Calado will have to adopt a strategy aimed at minimising the power deficit on a track where 64.5% of the lap is taken at full throttle," it continued.

Pier Guidi added: “I like to win and lose races on the track, but this decision - while legitimate - seems a very questionable one to me.

"We are not in a position to fight or defend our leadership, so I don't think that it is very fair.

"However, we are not the type who gives up easily, so we will try our hardest to win the titles."

Pier Guidi's use of the word "legitimate" to describe the changes is a reference to the right reserved in the regulations by the series organisers, the FIA and the Automobile Club de l'Ouest, to make so-called black-ball changes outside of the scope of the auto BoP.

Changes under the auto BoP system are made every two races, which means that the revisions for Bahrain should have been based on data collected from Monza and the Portimao 8 Hours in June.

Porsche, Ferrari's only full-season rival in GTE Pro this season, won the Monza round, while Calado and Pier Guidi prevailed at Portimao, despite Porsche claiming pole position. 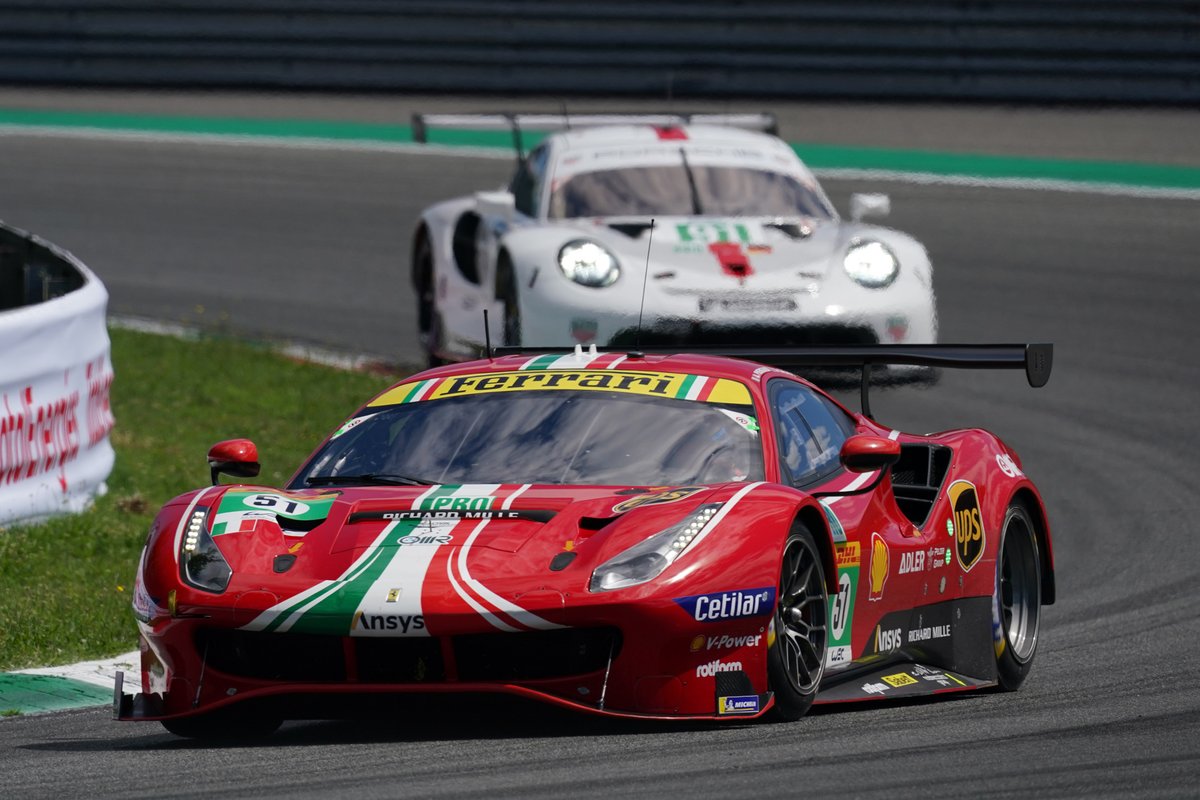 Calado, Pier Guidi and Come Ledogar won at Le Mans last time out in August aboard the lead AF Corse-run factory 488 to take the lead of the championship.

The Ferrari's minimum weight remains unchanged for this weekend at 1255kg, while its fuel tank capacity has been reduced from 93 to 89 litres to reflect the reduction in horsepower in order to equate the stint lengths of the cars in class.

The Porsche 911 RSR's BoP is unchanged for Monza.

The new BoP in GTE Pro is due to remain in force for both the six-hour race at Bahrain this weekend and the eight-hour season finale on 6 November.

Engine power of the Ferrari in GTE Am, which does not use the auto system, has also been changed by a similar increment to GTE Pro.

No comment was available from the FIA or the ACO.