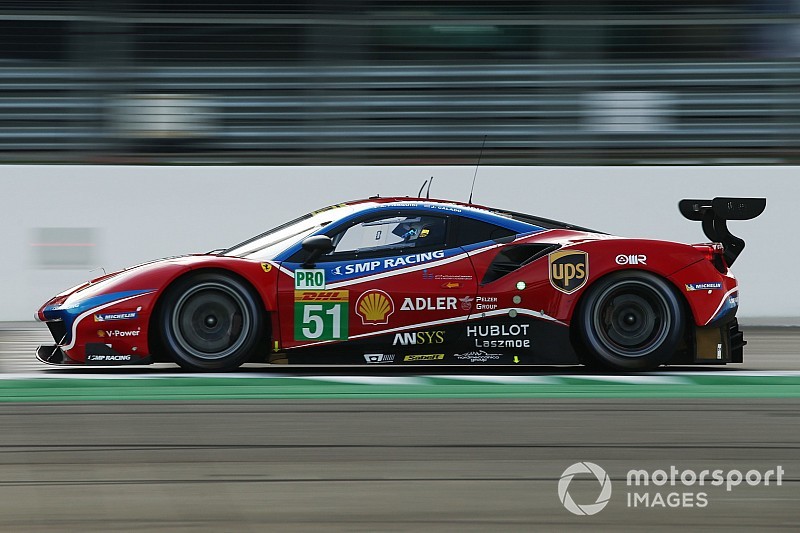 Pier Guidi had brought the #51 AF Corse Ferrari 488 GTE into the pits to take a drive-through for an alleged safety car infraction with just under 40 minutes of the four-hour race to go when the punishment was rescinded.

The Italian was running third right behind the two factory Porsche 911 RSR-19s when he came into the pits on the instruction of the team, which believed its efforts to appeal the penalty had been turned down.

Pier Guidi had taken four fresh tyres at the previous pitstop, whereas the two Porsches had been given only two new Michelins, with the German marque's faster stops jumping them back ahead of the #51 Ferrari after Pier Guidi had passed them both on track.

Calado told Motorsport.com: "This is really disappointing because at the very moment that Alessandro was going down the pitlane we were told that there had been a mistake and there was no penalty.

"It's a big shame because the car was awesome today — we had the pace to win."

Calado explained the penalty initially came about after he had inadvertently overtaken a GTE Am Porsche that had not been holding the correct track position during the wave-by procedure under the safety car in the second hour.

He and Pier Guidi came home fourth behind the lead factory Aston Martin Vantage GTE shared by Alex Lynn and Maxime Martin, which finished third behind the two Porsches.

The #51 in which Calado and Pier Guidi had claimed the class pole was delayed early in the race with a slow puncture that forced an unscheduled pitstop.

Ferrari's #71 car also lost a chance of class victory when it was taken out of the race after what Miguel Molina called an optimistic manoeuvre by Ginetta LMP1 driver Oliver Jarvis at the Maggotts/Becketts complex late in the second hour.

The Ginetta tagged Molina in the initial left-hander, putting the Ferrari he shared with Davide Rigon into the barriers and out of the race.

Molina told Motorsport.com: "He tried a move at a place where it is not possible to overtake and it was even worse because the conditions were wet — he was too optimistic."

Jarvis, a late replacement for Chris Dyson in the #6 Ginetta G60-LT-P1, described the incident as an "unfortunate situation".

"I pulled up on the left-hand side because I thought he had seen me," said the Briton. "As soon he started turning in, I tried to bail out, but it was too late."

Molina was running third at the time of the incident behind the pair of factory Porsches that finished one-two in GTE Pro.

He was on slick tyres on a drying track, whereas the Porsches were on wet-weather Michelins.

"It was very difficult on slicks in those conditions, but it was the right choice," explained Molina. "It was starting to dry up and I'm sure we would have come back to P1." 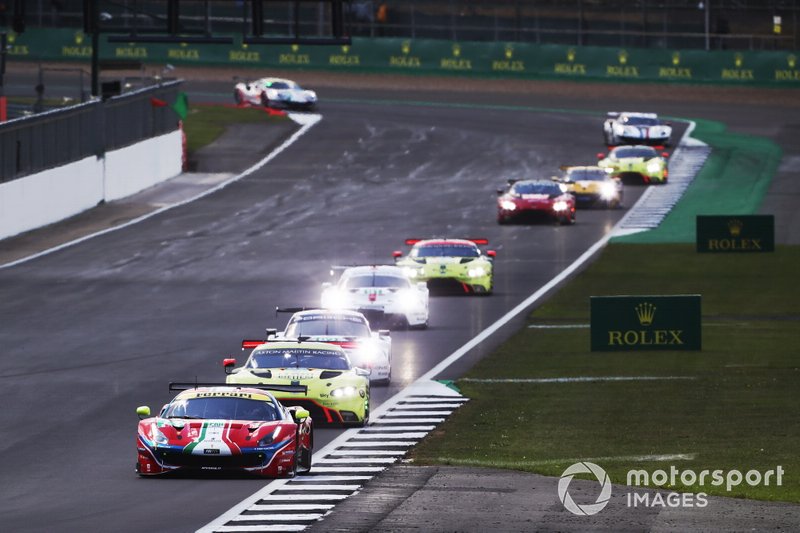